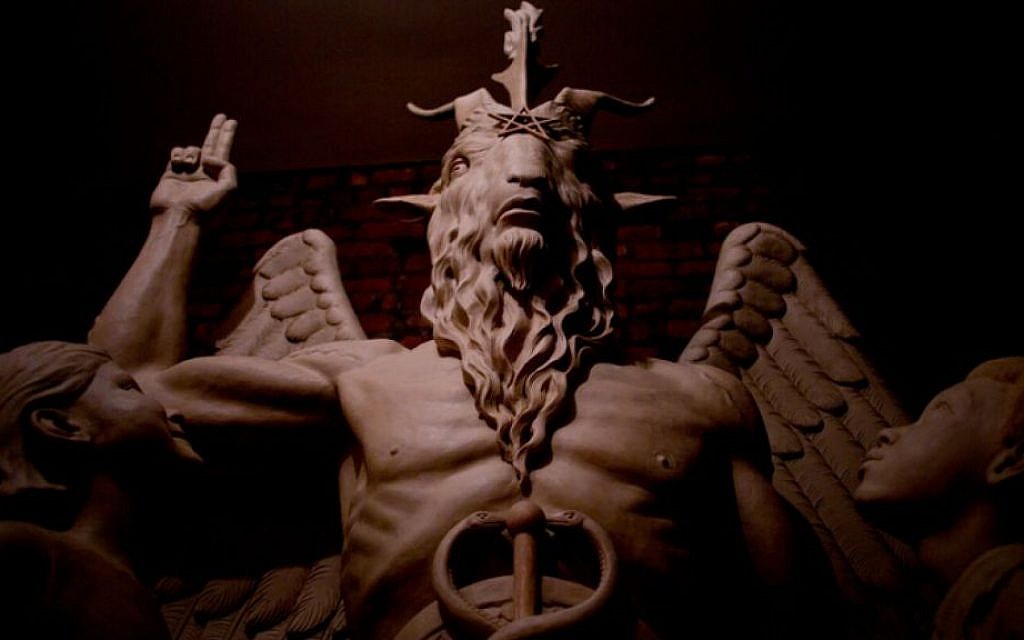 The Chilling Adventures of Sabrina has received a chilly reception from the co-founder of the Satanic Temple, Lucien Greaves, who threatened legal action against Netflix’s new series over copy right violations.  According to Greaves, Netflix “…appropriat(ed) our copyrighted monument design to promote their asinine Satanic Panic fiction.”

The dispute revolves around one of the props used on Sabrina, which looks eerily similar to the Satanic Temple’s copyrighted Baphomet statue.   Stuart de Haan, the legal counsel who is representing the Satanic Temple, released an official statement to CNN and stated that “The reason for this demand is that this particular imagery is unique from any other likeness of Baphomet. It was created by The Satanic Temple to represent its unique interests including empathy, bodily autonomy, and individual liberties.” de Haan went on to say that “The way it is portrayed in Sabrina is completely antithetical for what the Temple stands for. It was a copyrighted image and permission was never granted or requested by any media outlet. It is undeniable that this imagery was directly taken from The Satanic Temple rather than other source material.”

According to The Hollywood Reporter, de Haan “…sent the text of a demand letter he says he sent to Netflix and Warner Bros. Entertainment.”The statement communicated that the use of the image on Sabrina was not helping the Temple ” …to overcome centuries of stigma surrounding their religious symbolism.  My client has expended considerable efforts in the design and creation of their particular expression of Baphomet, the goat-headed deity represented by this monument. This statue is an original work and, until now, has been associated exclusively with The Satanic Temple all around the world. This has deep religious significance to my client’s organization.”

Greaves (co-founder and spokesperson for The Satanic Temple) also shared the image below on twitter which offers a side-by-side comparison of the prop and the statue that graces the Temple in Salem, Massachusetts (you be the judge!)  Stay tuned to Horror News Network for further legal coverage of this intellectual property battle.

For purposes of comparison… pic.twitter.com/AZJvmq1Cks