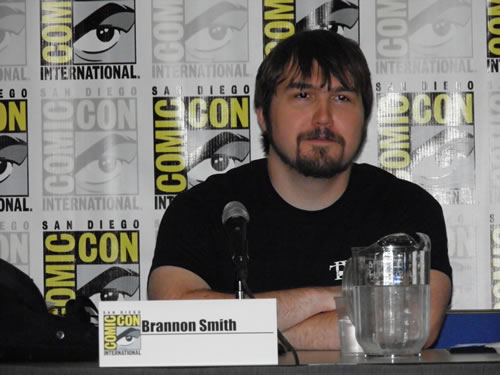 The Ghost Asylum gang was at Comic-Con International (a.k.a. San Diego Comic Con) on Thursday entertaining the fans with a panel promoting the next season of the show. As a change from many of the other panels of the weekend, the Ghost Asylum panel would show clips and would discuss the different segments of the show. Interesting to hear their perspective on frightening events after the fact. They also brought some of their ghost hunting inventions to the panel to show off. Definitely a nice change from some other panels.

Next season, be sure to keep an eye out for the 100% LIVE exorcism they will be filming in October! That will be some fabulous TV for horror fans!

CCI Panel Synopsis: Ever wondered what it is like to go on a real ghost hunt? Join the stars of Destination America’s Ghost Asylum as they discuss the most bloodcurdling paranormal hotspots in America. The team will describe their most intricate traps, including the Wraith Dome and the Prism Catcher. Never-before-seen footage of paranormal activity, exclusive clips, demonstrations, and special prizes will be featured at this event, which is sure to raise the hairs on the back of your neck. Presented by Destination America.