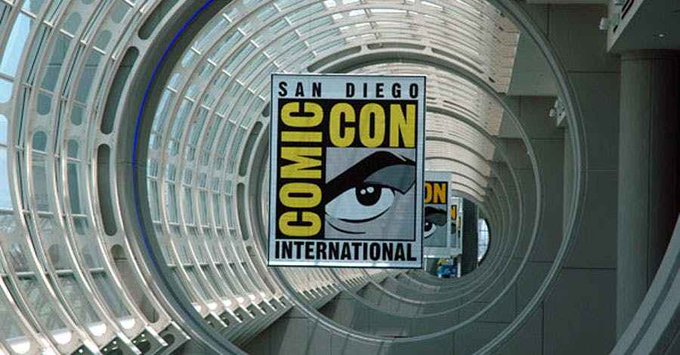 San Diego Comic-Con is the latest high-profile victim to the global COVID-19 pandemic.  For the first time in its illustrious 50-year history, the massive pop culture event has been cancelled in a stunning move that has surprised both fans and the general public.  SDCC will return on July 22-25, 2021.

Originally schedule for July 23-26 of this year, San Diego Comic-Con is viewed as the worldwide leader in not only “geek” culture but also as a major platform for Hollywood to announce new projects.  For horror fans, SDCC became a haven over time for genre news and celebrity appearances that have rocked the scene.  While the outright cancellation is a shocking move in itself, it could be just the first domino to fall.  Most were hoping that summer events and conventions would not be affected by the stay-at-home and social distancing measures enacted by governors nationwide (but most notably California); however, SDCC’s decision to cancel could provide to be a harbinger of bad things to come through autumn at the earliest.

In a statement, the event organizers had the following to say:  “Recognizing that countless attendees save and plan for its conventions each year, and how many exhibitors and stakeholders rely upon its events for a major portion of their livelihood, they had hoped to delay this decision in anticipation that COVID-19 concerns might lessen by summer. Continuous monitoring of health advisories and recent statements by the Governor of California have made it clear that it would not be safe to move forward with plans for this year.”

This is certainly the right move for the event and for the public in general at this point, but it also signals that the worst of this global pandemic is not yet behind us.  In fact it may still lie ahead.  As of right now, New York Comic-Con, scheduled for October 8-11 of this year, is still on the calendar.

Stay tuned to HNN for more news on SDCC and the summer convention scene as it breaks!