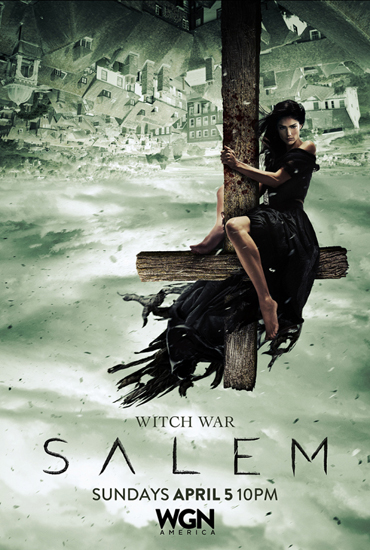 WGN American released key art for ‘Witch War’, Season 2 of ‘Salem.’ While Salem is torn apart with disease and destruction, Mary Sibley (Janet Montgomery), Salem’s most powerful witch, is forced to fight enemies who are after her position. Montgomery, Shane West, Seth Gabel, Ashley Madekwe, Tamzin Merchant, Elise Eberle and Iddo Goldberg are returning for Season 2, along with newcomers Lucy Lawless, Stuart Townsend, Joe Doyle and Oliver Bell. Season 2 of ‘Salem’ premieres April 5. You can view the key art below.