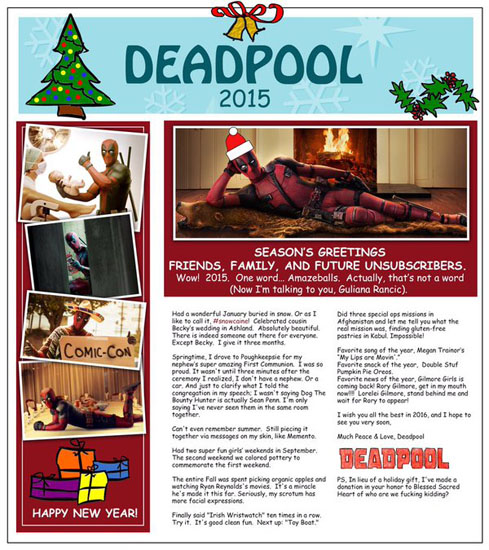 Ryan Reynolds tweeted a ‘Deadpool’ holiday greeting “from the Wilsons” today, with the suggestion of signing up at  DeadpoolCore.com .   He also tweeted a hilarious heavily annotated script page from the film yesterday, along with the message that  the new trailer is arriving in one week.

‘Deadpool’ is directed by Tim Miller and is scripted by Rhett Reese and Paul Wernick. It hits theaters February 12, 2016.   Morena Baccarin, Ed Skrein, T.J. Miller, Gina Carano and Brianna Hildebrand co-star.   You can view the photos from Reynolds tweets below and see them on his official twitter here.