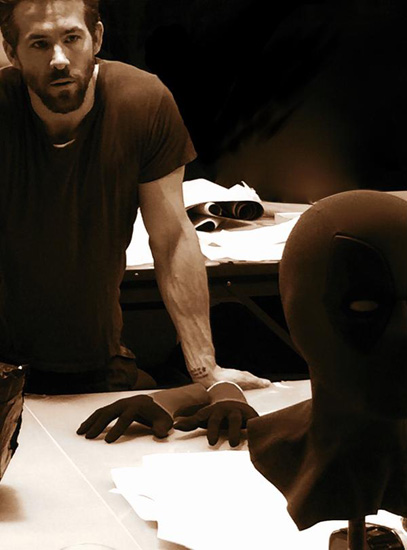 Ryan Reynolds teases a photo of a ‘Deadpool’ prototype costume today on his twitter today. He joked that the “Sepia tone disguises the fact the mask is ballerina pink.” He also referenced the fact that it is exactly 365 days until the movie’s released, saying “365 sleeps early.” ‘Deadpool’ got an official release date from Fox last month, but has been in development for many years. Reynolds is quoted as saying that “on this one, the prep’s been 11 years.”