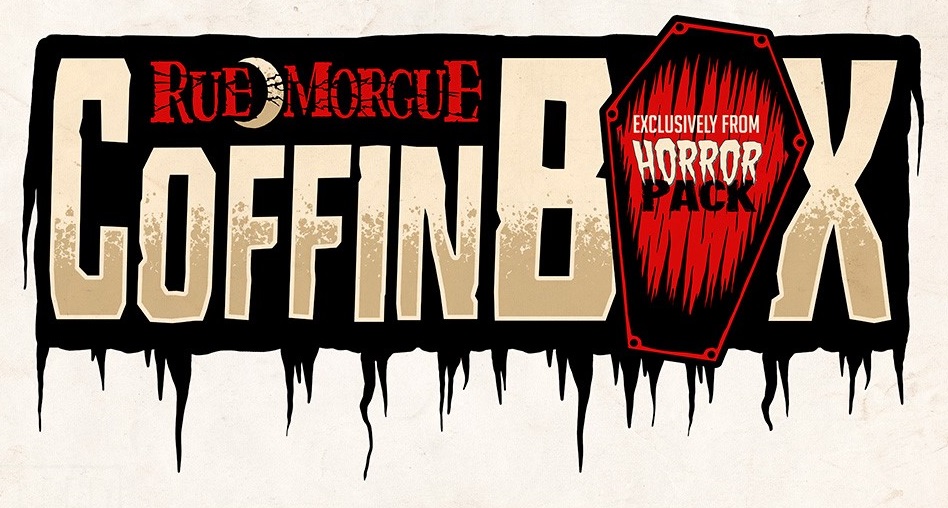 In the wake of the Nerd Block scandal, many horror fans were left without a monthly surprise in their mailbox along with the latest issue of the best horror magazine for the past twenty years in the form of Rue Morgue.

If you have been missing your Horror Block and a copy of the bi-monthly magazine, fear not!  Rue Morgue has announced a new subscription box for horror fans called Rue Morgue’s “Coffin Box” (exclusively from Horror Pack).

The bi-monthly box will include the latest issue of Rue Morgue, a specially selected movie by Horror Pack, and other various items such as pins, toys, clothing, etc.  The box is scheduled to debut in the spring of 2018.  No orders are being taken at this time, but you can sign up on the magazine’s website for updates.

Horror News Network covered the bankruptcy filing by Nerd Block in September, and at the time, vendors and subscribers were still owed huge sums of money by the company, and many fans filed claims with their credit card companies to recoup the remaining portion of their Horror Block subscriptions.

Stay tuned for further details on this mystery box and future unboxing reveals when the “Coffin Boxes” arrive.