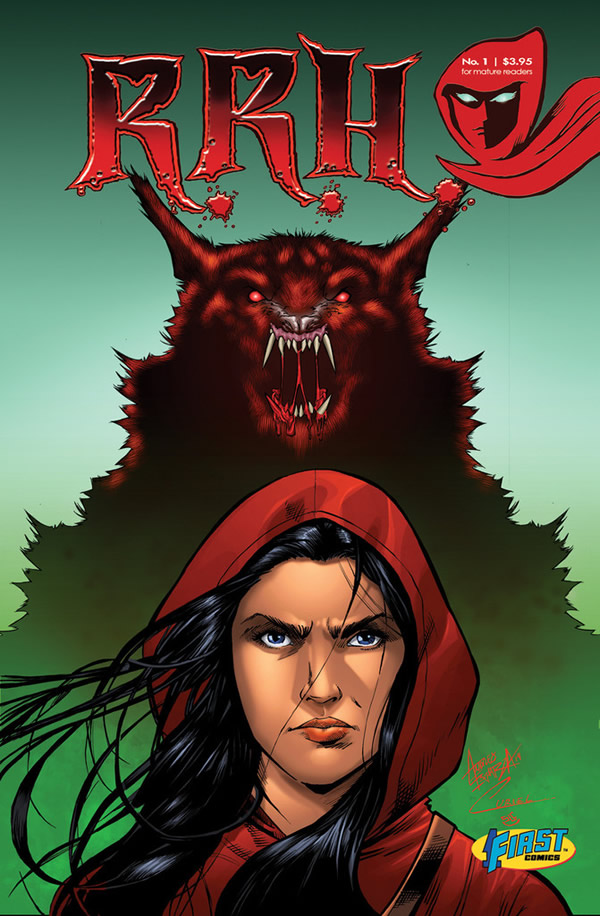 Synopsis: In almost every way, Sydney Marie Woodman was your above average every day American teenager. This all changed on the dawn of her seventeenth birthday when she was informed of her direct lineage as a descendant of the famous Red Riding Hood. In a span of twenty-four hours, Sydney has been thrust into the middle of an epic and brutal 800 year war between The Order of the Red Hood and the savage Blood-wolves of the Underworld.

For nearly a millennia, the clan of the Blood-wolves has sought revenge on the order and are hell-bent on its destruction. The Clan has made alliances with the most vile and lethal creatures of the shadow land and now have the strength to bring not only the order, but mankind to the edge of existence. Sydney must endure as she transforms into the most deadly and lethal predator the world has ever seen and lead humanity out of the darkness. She’ll make some unusual alliances and in the process will give rebirth to the legend. All this, while still attending high-school and preparing for her SAT’s.

Our Thoughts: If you haven’t guessed yet, RRH is an acronym for Red Riding Hood, so what we’ve got here is a modern retelling of a classic fairy tale. This Red, however, is not so demure and naive. Sydney, our protagonist, has just learned that there is a reason that her parents have been taking her hunting her whole life. It was secretly to prepare her for her destiny. Lucky for us readers, we get to watch that transformation.

The story is exceptionally well written. Occasionally there are comics in which the story flows so well you have to remind yourself to look at the panels. This is one of those comics. Harding does a great job of making Sydney’s quick transition to bad ass seem very natural and organic, which is not an easy feat. The family also feels like a real family and we get much more of a sense of the extraordinary in their ordinary daily life than may be expected.

The art in the book is also very well done. The panels keep up with the quick pacing of the story perfectly. The characters are well drawn and fit very well together. Like with the writing, the four members of the family are very believable as a family. Esparza goes for a realistic style that fits well and looks great.

Overall, this is one of the more ‘page-turning’ comics I’ve read lately. Even with the three issues together I read it quickly and in one sitting and found myself wanting more. This book may be a little tough to find, but it is definitely one to track down.

For More Information: Check out the comic’s website:
http://www.rrhcomic.com/home.html