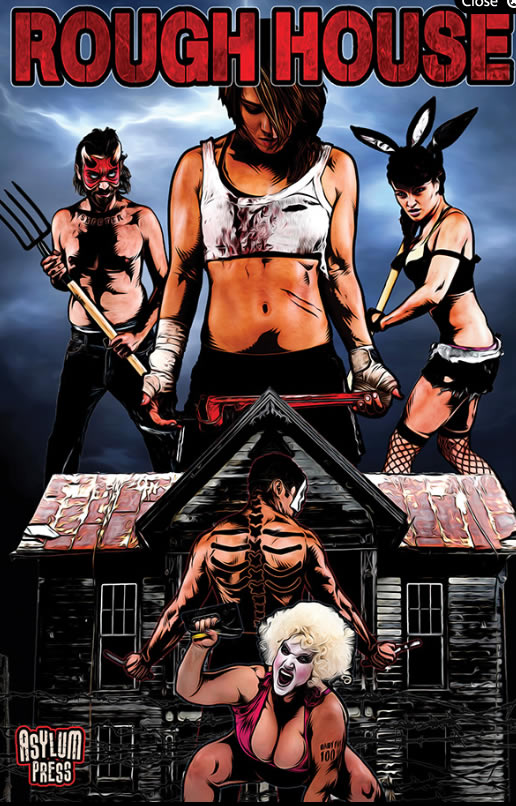 Asylum Press has provided us with a preview for Rough House.

Rough House is a gritty, action-packed horror movie and comic book series that combines the brutal fight scenes of Fight Club with the twisted horror of Texas Chainsaw Massacre.

An athletic young woman known only as “The Girl” is kidnapped and thrown into a bizarre world of gladiator-style mixed martial arts contests gone horribly wrong. She soon proves herself able to hold her own in death matches against colorful masked killers with names like Bone Job, Baby Fat, and Skeeter the Devil Boy. As her psyche is worn down by brainwashing and drugs, she becomes more and more of a stone cold killer herself. She must decide whether she still wants to escape the Rough House or stay focused on her true target, the ringleader called “Big Daddy”.