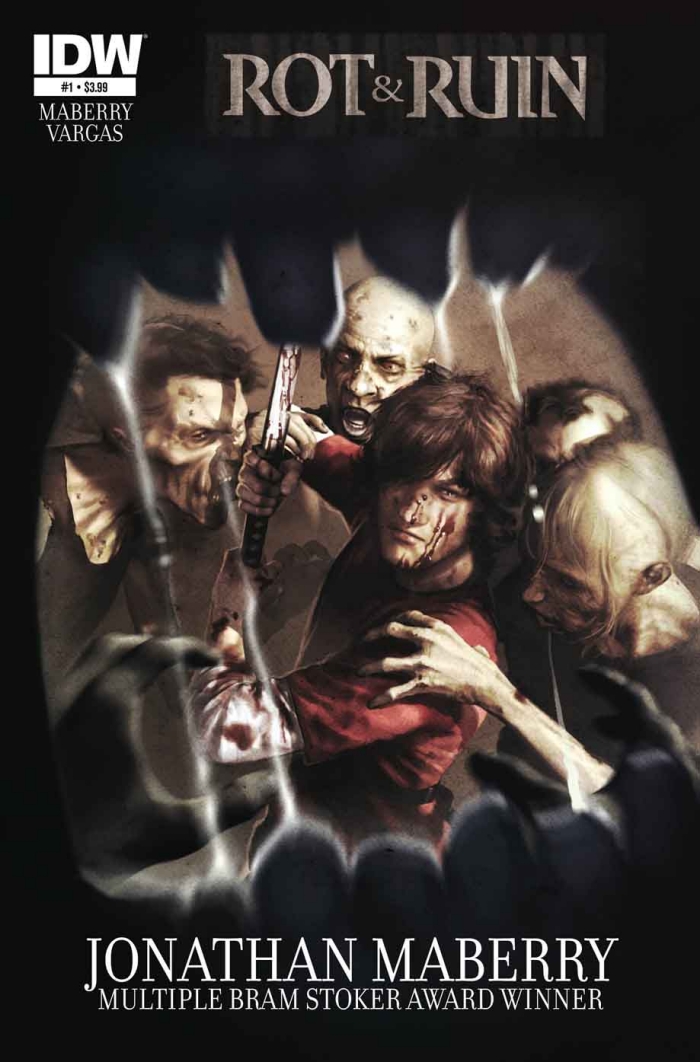 This series is set in a world 15 years after the dead have risen and vastly outnumber the survivors of the zombie-apocalypse. In the aftermath, humanity has found a way to live a marginal existence by forming fenced-in towns where everyone has a job to do in order to survive. As in the award-winning novels, the comic series will center on Benny Imura and his friends as they make their way in a world where the zombies aren’t always the greatest danger.

The Rot & Ruin isn’t about how many zombies you can kill or how much gore you can sling around the page,” Mayberry said. “These are stories about real kids making hard choices about their lives. It’s about kids learning how to become powerful in a hard and dangerous world. It’s about finding the value of human life and discovering what it means to be alive.

The ongoing Rot & Ruin comic book series will follow Benny, Nix, Lilah and Chong as they head east in their journey to find what they thought was impossible, a jumbo jet. In their travels they will encounter countless new dangers that will force them to confront what they and others are willing to do in order to bring humanity back to its former glory.

Written by Jonathan Maberry and art by Tony Vargas with covers by Alex Ronald.