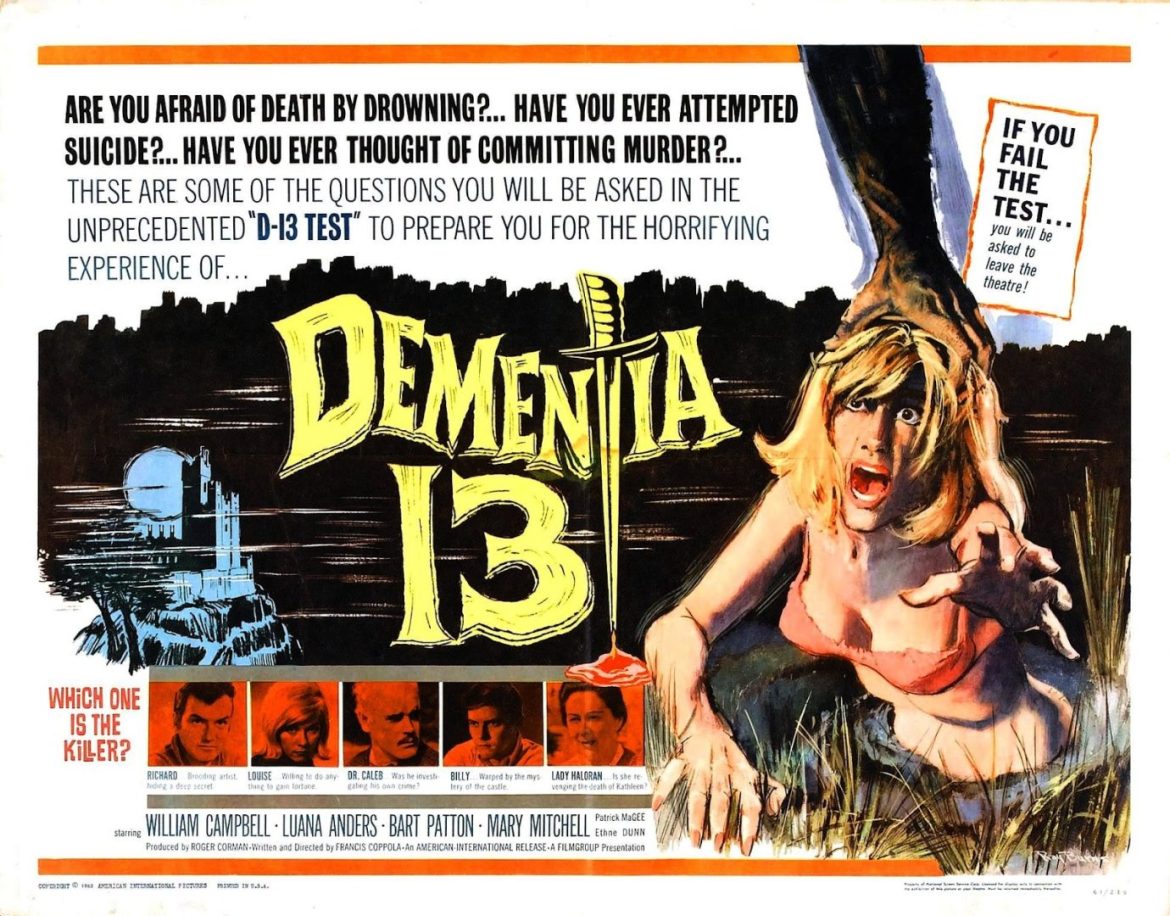 Film Chest unleashes a 3 DVD set of a trio of AIP meisterwerks: A Bucket of Blood (1959), Dementia 13 (1963), and The Terror (1963) but before you shrug and ignore the umpteenth release of these PD stalwarts, listen up: you have never seen these films like this before. All three have been digitally restored in high definition from 35mm prints, widescreen, 16×9 enhanced and mixed in 5.1 surround sound (with the except of A Bucket of Blood, which is in crystal clear mono.) While these films are mostly noted for the participation of future cinema luminaries such as Jack Nicholson and Francis Ford Coppola and the appearance of horror god Boris Karloff, the quality of the films themselves should not be neglected. A Bucket of Blood and The Terror, though minor works in Roger Corman’s incredible oeuvre, show why Corman deserves his status as the co-leader of not only the silver age horror revival (along with Hammer Studios) but also of inaugurating the American “New Wave” of directors in the 60’s and 70’s as his artistry and D.I.Y ethos provided both the model and the means for a cinematic revolution.   Case in point is Dementia 13, Francis Ford Coppola’s stylish, gothic/noir William Castle meets Henri-Georges Clouzot thriller, a film that may not have been made by the young director had not Corman nurtured and believed in the potential of the prospective mavericks that came to work for him.  The fact that it took until 2009 for Corman to be given an Academy Award for Lifetime Achievement  is a disgrace, but one that can be rectified by the restoration of all of Corman’s works in the same manner that Film Chest has done these movies.  Just being able to see the full landscapes of The Terror (yes it’s a matte painting, but a beautiful one at that) gives this shot in four day film (though the second unit pick-ups would be shot over nine months by apprentice directors Francis Ford Coppola, Dennis Jakob, Monte Hellman, Jack Nicholson, and Jack Hill) a majesty that previous versions never even hinted at.   Unless you got to see these films in the theater in their initial release, you won’t believe just how wonderful these films look. Corman, you are avenged!