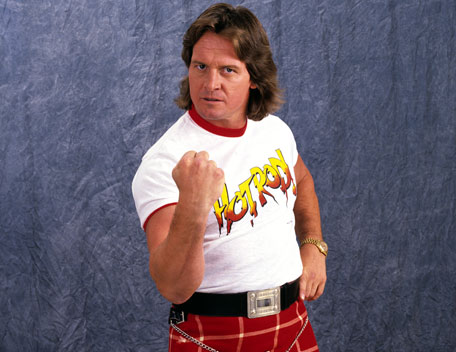 THE CHAIR is proud to announce that wrestling legend Roddy Piper (They Live) has signed on for the part of Murphy, replacing Eric Roberts (scheduling conflicts) while Lew Temple (The Walking Dead) is in talks to play main character Richard Sullivan (formerly cast as Brian Thompson).

The film adaptation of the Alterna Comics graphic novel by Peter Simeti, Kevin Christensen, and Erin Kohut has set a date to start production in February 2015 on location in Los Angeles, CA. With a screenplay by Erin Kohut and Peter Simeti. Produced by Crappy World Films and Alterna Comics, Inc.

“Richard Sullivan is an innocent man struggling to escape his fate on death row. Witnessing the murders of his fellow inmates at the hands of the prison’s sadistic and psychotic Warden and his crew of guards, Sullivan decides that the only way to survive is to fight back. With the body count rising, the Warden and his guards close in on Sullivan. As he matches the brutality occurring in the prison, Sullivan starts to lose his grip on reality. Memories of the childhood abuse he suffered at the hands of his mother combine with vivid hallucinations which push him to the very edge, forcing him to question his sanity at every turn. ”