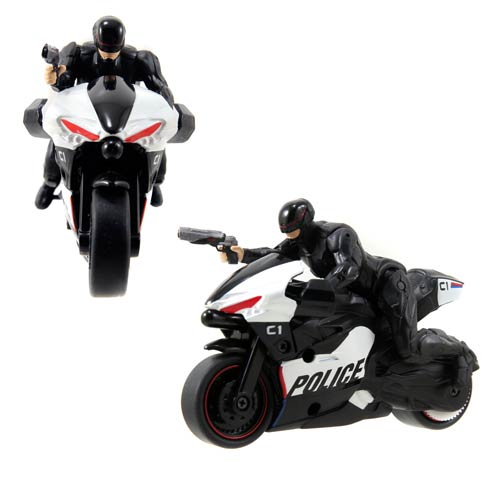 Patrol the city streets as Joel Kinnaman’s RoboCop in his police cruiser with this RoboCop Action Figure with Pull-Back Motorcycle Vehicle! Featuring a pull-back motor and shooting projectile, you and the title character from the 2014 re-make RoboCop have the tools to rid the streets of crime. The RoboCop Action Figure with Pull-Back Motorcycle Vehicle includes a RoboCop Version 3.0 rider, pull-back motor, firing projectile, and EM-208 paper target for firing the projectile at.