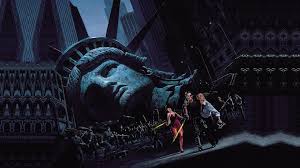 When Snake Plissken next hits our theater screens, he’ll be taking orders from somebody very familiar to horror fans.  The Hollywood Reporter is reporting that director Robert Rodriguez (From Dusk Till Dawn, Planet Terror, Machete) in in talks to helm the remake of the cult classic Escape From New York.  While plans for the remake of the 1981 movie (which takes a bleak look into a dystopian future where New York City is now a city-wide prison) have been floating around the 20th Century Fox studios for around a decade, the hiring of the 48-year-old Rodriguez is a strong sign that the project is really ramping up and is one step closer to becoming a reality.

Following the production of 2004’s Sin City, Rodriquez quit the Director’s Guild of America over a dispute involving a co-director credit for Frank Miller.  Since that time, he’s been taking a more hands-on approach to film-making.  These guerilla tactics are highlighted in a series of segments entitled “Ten Minute Film School”, which were included on the subsequent DVD releases for his films.  Despite Rodriguez’ non-conventional approach, he continued to be involved with successful films such as Planet Terror and Predators.

Escape From New York was directed and co-written by the legendary John Carpenter and helped to solidify Kurt Russell as a legitimate movie star.  The film takes place in 1997 New York City, which is now a huge maximum-security prison.  When Air Force One crash-lands inside the city walls, Plissken is recruited to rescue the President (Donald Pleasance) from the grips of top crime boss The Duke of New York (Isaac Hayes).  While there have been rumors that the remake will follow a completely different plot from the original (and have a more corporate-centric storyline), this has not yet been confirmed by anyone involved.  Carpenter has signed on to the new project as Executive Producer.  Over the years various filmmakers have been attached to the remake including Len Wiseman, Brett Ratner and Breck Eisner.

No release date has yet been set for Escape From New York.

Check back with HNN for further updates on this developing story. 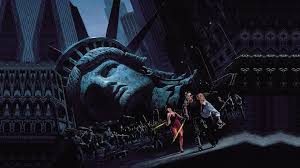