Coming in from Variety, rock musician-turned filmmaker Rob Zombie will direct a feature-length version of The Munsters at Universal Pictures.

Known for his horror-themed music and image, Zombie has had a lifelong passion for the 1960’s sitcom going so far as to name his song Dragula after car of the same name that was featured on the show.

He made the announcement via his official Instagram page, which can be seen here: 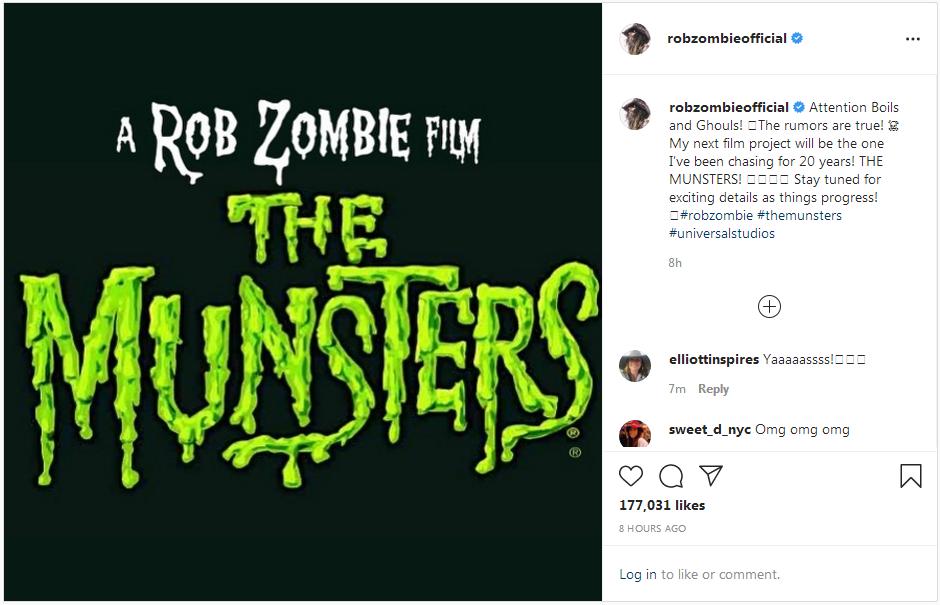 The Munsters ran for two seasons from September 1964 to May 1966 with 70 episodes in total.

Fred Gwynne, Yvonne De Carlo, Al Lewis, Butch Patrick and Beverley Owen, who was replaced later by Pat Priest, starred as a family of friendly monsters who move from Transylvania to suburban America. It’s there where they try to fit in despite their frightening appearances and quirks.

At Universal, The Munsters will be produced in the studio’s 1440 Entertainment division, which is catered to home viewing entertainment opposite of its theatrical releases.

It is not yet known if the film is a complete remake or a continuation of the original series. This marks Zombie’s first film project with a major studio since 2009’s Halloween II.

Check back for updates on Rob Zombie’s The Munsters.