OK, now you have something to put over that unsightly stain on your bedroom wall.

Rob Zombie’s much-hyped feature film remake of The Munsters ’60s TV show still doesn’t have a release window, but that doesn’t stop the outlandish filmmaker/musician from dropping hints and tidbits every week or so. The latest is a colorful poster showing the Big Three in all their ghastly glory. 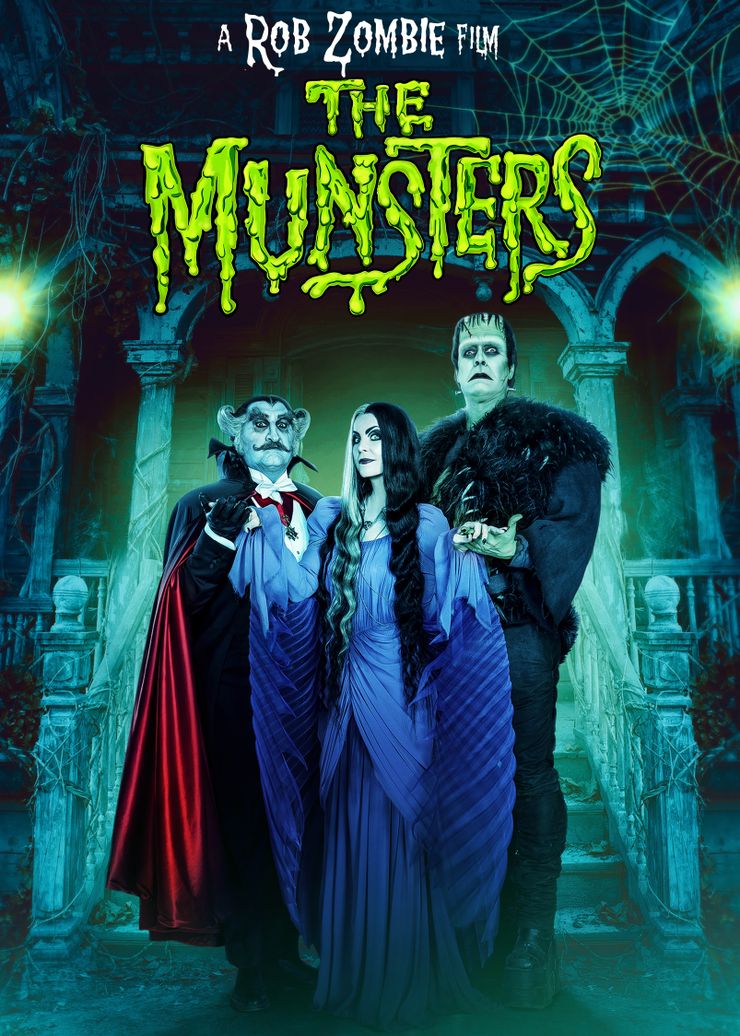 This detailed look of Lily (Sheri Moon Zombie), flanked by Grandpa (Daniel Roebuck) and Herman (Jeff Daniel Phillips) shows the main characters in some part of their humble abode at 1313 Mockingbird Lane. You can almost hear the theme music now.

The supporting cast of the PG-rated film also includes the return of two of the TV show’s regulars. Pat Priest (niece Marilyn) will appear in an undisclosed role, and Butch Patrick will drop by–but not as son Eddie. He’ll show up as Tin Can Man (only Zombie knows why), a very minor character that only popped up in one early episode.

The original The Munsters–which aired on CBS from 1964-1966–starred Fred Gwynne as Herman, Yvonne De Carlo as Lily and Al Lewis as Grandpa. The show was nominated for a Golden Globe Award for Best Television Series in 1965.

Keep reading Horror News Network for the next inevitable update on The Munsters.