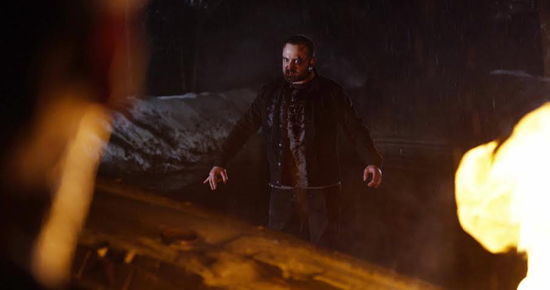 LOS ANGELES, April 12, 2016 – RLJ Entertainment (NASDAQ: RLJE) has acquired all North American rights to the thriller, THE MIND’S EYE. Written and directed by Joe Begos, the film reunites him with his ALMOST HUMAN film star Graham Skipper, along with cast members Lauren Ashley Carter (Premium Rush, The Woman), John Speredakos (The House of the Devil), and Noah Segan (Some Kind of Hate, Looper).  RLJE plans to release THE MIND’S EYE in theaters and On Demand later this year.  Mark Ward, RLJ Entertainment’s Chief Acquisitions Officer, made the announcement today.

THE MIND’S EYE made its world premiere at last year’s Toronto International Film Festival and won the award for Best Director, Horror Feature at the 2015 Fantastic Fest.

“Joe has an amazing eye and a clear love of old-school genre films,” said Ward.  “His first feature had a cult following, and we are excited to share his new vision of horror with audiences.”

When Zack and Rachel, who both have telekinetic powers, are discovered by Dr. Slovak, they think they have found someone who wants to help them.  But they soon learn that Dr. Slovak’s real intentions are to drain their abilities from them so he can use them for himself.  Now, they must work together to stop this madman from achieving his goals.

Jess De Leo, Senior Vice President of Legal and Business Affairs for RLJ Entertainment along with Ward negotiated the deal with ICM Partners and Wayne Alexander on behalf of the filmmakers.  Joe Begos is repped by ICM Partners.

THE HAUNTING OF ALICE D On DVD & Digital May 3rd