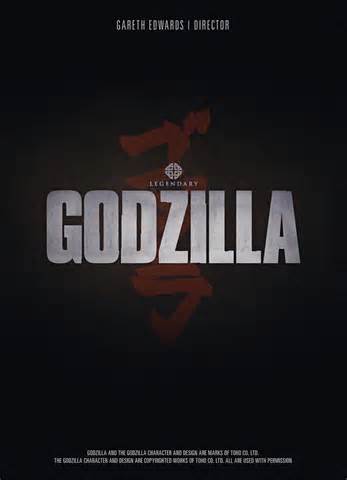 Since first appearing on the screen in 1954, Godzilla has taken on many forms including hero, villain and neutral party.  Abilities at various times have included flying, magnetic pulse, eye beams and electric bile.  Sometimes the monster is shown 200 feet tall and at others over 1000 feet in height, including various heights in the same movie without explanation. Even the monster’s sex has changed over times when, in the 1998 American re-imagination,  “The King of the Monsters” laid eggs – in more ways than one, might I add!

To a child of the 1970’s, Godzilla meant even more; a way to pass away a rainy Saturday afternoon in front of the television as one of the epic battles for Tokyo unfolded… along with commercial interruption of course.  Godzilla gave you a reason to reconstruct a metropolitan area in your living room for the sole purpose of wrestling with your younger brother and razing the city.

At the age of 60, Godzilla has gotten yet another facelift by way of a second American re-imagination in the form a $160 million IMAX- 3D film blockbuster.  Godzilla honors its Japanese ancestors by retaining much of the spirit of the early Godzilla films.

As is usually the case, it is the military and scientists who are at the helm of efforts to find vulnerabilities or at least ways to pacify the monsters. Dr. Ichiro Serizawa (Ken Watanabe) and Dr. Joe Brody (Brian Cranston) lead an East/West group of scientists with both theories and true lies about the monsters’ origins and powers.  Central to the military effort is Lt. Ford Brody, USN – Joe Brody’s son.  The Brody men have a vested interest in the monsters.  While working at a nuclear power plant in Japan, Joe’s wife – Ford’s mother – is killed when unexplained seismic activity causes the total destruction of the plant.

The monsters in question come in the form of two “Mothra-esqe” beasts – one from Japan and the other from Nevada who will stop at nothing to reunite. Neither friend nor foe to humanity, Godzilla emerges to take down the other monsters in a battle right in the heart of San Francisco.

As mentioned, much of the original spirit of the franchise is retained and it is never clear if Godzilla emerges to save humanity or to simply return order to chaos.While the human nuclear threat is present in the film (nearly seventy years after the nuclear bombing of Japan), the film places less emphasis on those events being the catalyst for Godzilla’s creation.  Conversely, the early South Pacific nuclear tests are used as very interesting plot device.

Unlike the 1999 attempted reboot, Godzilla (2014) is driven by characters and story and not special effects – though they are amazing!  Even a character like the handsome Ford Brody, who would typically end up being nothing more than a two dimensional, vapid alpha-male, shows true heart in his quest to assist in the mission to end the terror.  I balk at giving too many details of the story as there are many twists and surprises that you must see for yourself.

With the technology of multi-track surround sound, a 70-foot screen and state-of-the-art 3D, it seems that Godzilla has finally found a new home in world cinema. Though box office receipts will be the ultimate determining factor in the continuation of this latest planned series of films, I hope this production team (specifically director Gareth Edwards) return to further the adventures of Godzilla, King of the Monsters.