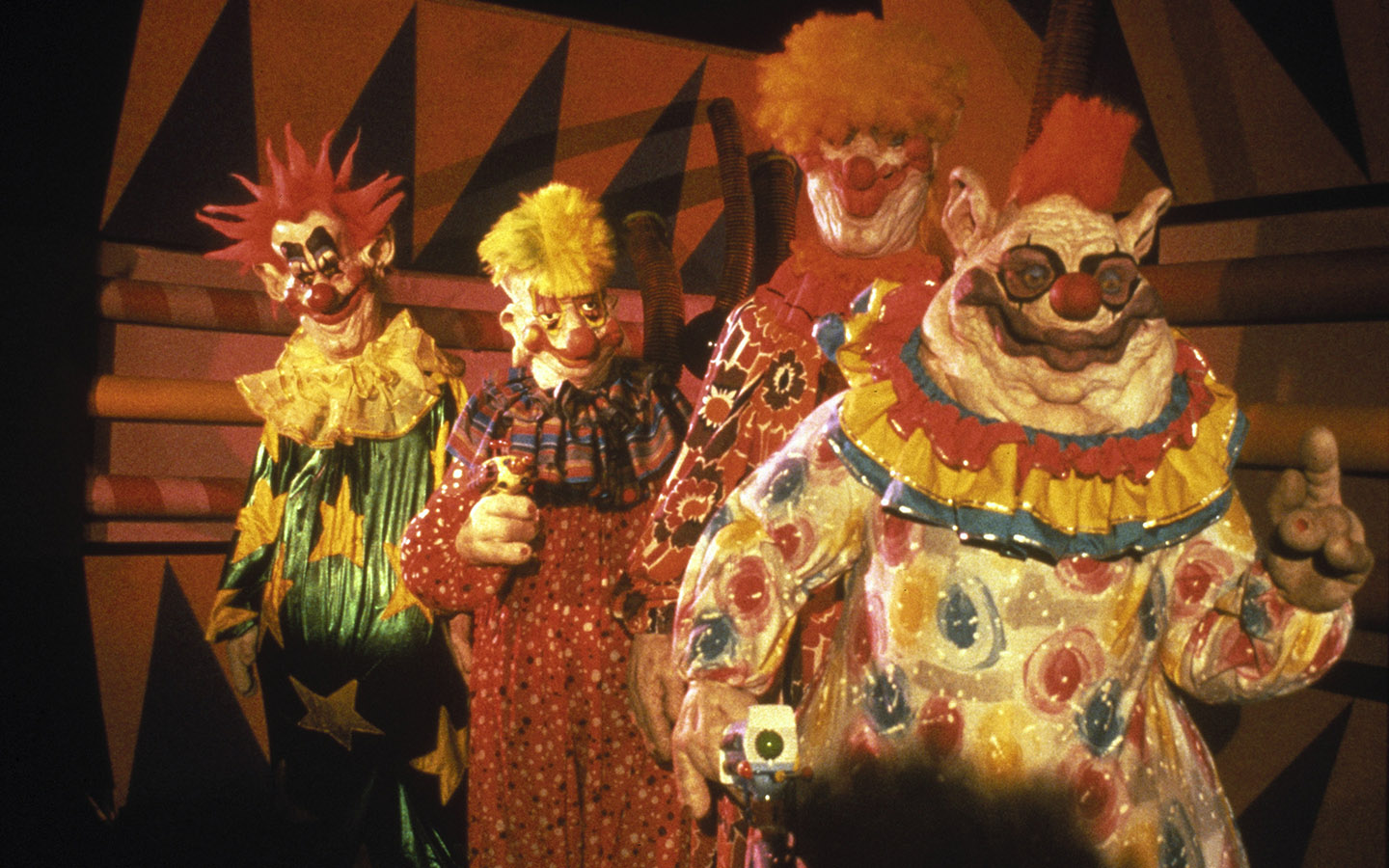 The two new additions to Universal Studio Orlando’s Halloween Horror Nights line-up is sure to please mainstream horror fans, as well as those looking for something a bit more unusual.  Two scare zones based on Revenge of Chucky and Killer Klowns from Outer Space will join the already announced Stranger Things and Trick ‘r Treat at this year’s Halloween Horror Nights to continue the 80s theme for the event.

According to the official press release, the Chucky zone will feature a “…festival of toys, Chucky has twisted these playthings into new nightmares. Chucky himself rules this zone as he commands his minions to carve up some horror. This scare zone will be a tortuous delight to behold as he dishes out some revenge personally.”

Killer Klowns scare zone will entice visitors with “… the smell of cotton candy (as it) hides the fact that this is all trick and no treat. This sweet candy is spun from human victims grotesquely cocooned inside giant pods of cotton candy. Try and escape the Killer Klowns or you’ll face the wrath of their cotton candy rayguns that turn you into a tasty cotton candy snack.”

Along with the scare zones and houses inspired by major motion pictures and television, Universal will again bring some original content to Halloween Horror Nights, including The Harvest, Vamp ’85: New Year’s Eve, Twisted Tradition, and Dead Exposure: Patient Zero.  All of these fright fest will also follow the 1980s theme.

Stay tuned for further announcements about Universal’s annual Halloween event as they happen.

Duffers: ‘Stranger Things 5’ Dangers Are “Out In The Open”

Will Jim Hopper Find Peace In Season 5 Of ‘Stranger Things’?