We here at Horror News Network are saddened to report that Haruo Nakajima, the talented actor who portrayed the legendary Godzilla in every film from the original 1954 classic to 1972’s Godzilla vs. Gigan, has passed away at the age of 88. Nakajima’s other monster roles included Toho, Mothra, and even King Kong in 1967’s King Kong Escapes. Before his big break into famous monster characters, Nakajima performed in small roles in Japanese samurai and war films. He even played the part of a bandit in Akira Kurosawa’s Seven Samurai.

While casual viewers rarely ever think about the performer inside of the suit of a famous monster, horror fans have historically shown a great deal of love for all masked madmen and rubber creatures. This can especially be said about Nakajima’s Godzilla, as any true horror fan can close his or her eyes and instantly picture his signature moves inside of the iconic suit. While Gojira may seem dated to some, the film has rightfully established its reputation as a true horror classic; and at the core of this classic is Haruo Nakajima. 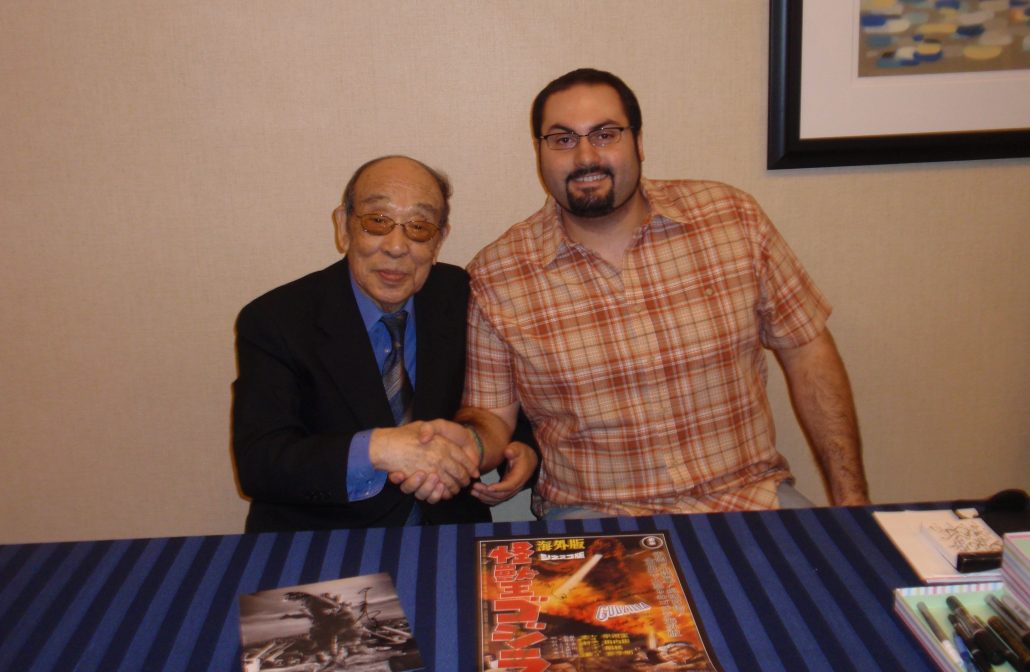 In his later years, Haruo Nakajima enjoyed traveling the world to meet with his eager fans at horror and science fiction conventions. He was known to the horror community as a true gentleman who was friendly and pleasant to be around. He took great care in signing each and every item and he kindly posed for photos with anyone who wanted one.

In addition to convention appearances, Nakajima provided numerous interesting details about his experiences inside and outside of the famous costume in various documentaries and interviews. In 2010, he published an autobiography, entitled Monster Life: Haruo Nakajima, the Original Godzilla Actor.

Haruo Nakajima’s family and friends are in the thoughts of the Horror News Network community at this most difficult time. May he rest in peace, and may he live forever on film in the form of his indelible performances.