The legendary, Oscar-winning actor, Martin Landau has passed away at the age of 89. His publicist, Dick Guttman, told the Associated Press that Landau passed on Saturday due to “unexpected complications during a short stay at UCLA Medical Center.” Landau was truly a jack of all trades during his lengthy career in Hollywood, creating numerous unforgettable characters and greatly contributing to the very fabric of filmmaking.

Martin Landau has documented acting credits on 177 works. His major works include his roles in television’s Mission: Impossible from 1966-1969, Alfred Hitchcock’s North by Northwest, Francis Ford Coppola’s Tucker: The Man and His Dream, and Woody Allen’s Crimes and Misdemeanors. Horror fans know Landau best for his unforgettable sympathetic role as Bela Lugosi in Tim Burton’s greatest film, Ed Wood. His performance earned him an Academy Award for Best Supporting Actor. His flawless portrayal of Lugosi at the end of his life in the final scenes of the film takes on a new level of poignancy with the news of Landau’s passing.

In addition to Martin Landau’s prolific acting work, his life in the industry extended far and wide. He famously turned down the role of Spock in Star Trek, he was friends with James Dean, he dated Marilyn Monroe for a short period of time, and he gave acting lessons to a young Jack Nicholson in the 1950’s. Most of the Hollywood A-Listers couldn’t lay claim to even just one of those incredible facts! 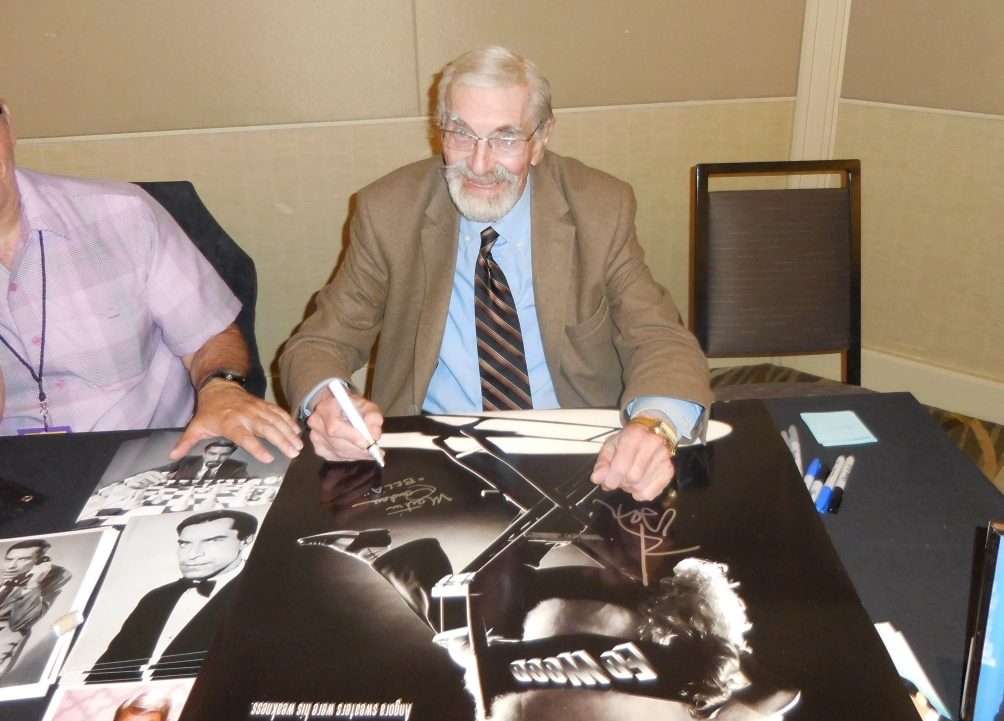 Later in his career, Landau became a beloved guest on the horror and pop culture convention circuit. He was always the friendliest gentleman one could ever meet, and he would lovingly take care to write out any famous Bela Lugosi quote on a corresponding photo or poster for his adoring fans. He was a man who truly appreciated the fact that his work inspired people and made them happy.

The Horror News Network staff would like to extend our deepest sympathies to Mr. Landau’s family and friends. May he rest in peace, and may his work continue to move viewers and motivate aspiring talent for years to come.