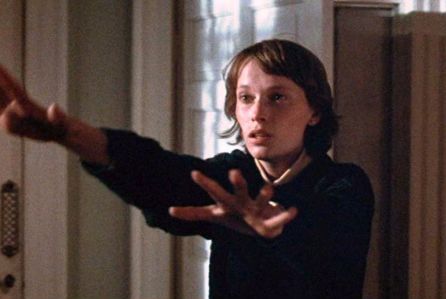 Remake of ‘See No Evil’ Coming

A remake of the 1971 Columbia Pictures film See No Evil, which starred Mia Farrow, is in the works at Screen Gems.   The new script will being written by  Mike Scannell. It will be produced by Bryan Bertino and Adrienne Biddle from Unbroken Pictures.

Richard Fleischer directed original film, which was scripted by Brian Clemens and centered around Farrow, who played a young blind woman, who finds her family murdered and the killer still in the house.

Screen Gems and Unbroken are also partnered on He’s Out There, a horror thriller Scannell is writing and  Dennis Iliadis is directing.   Bertino is also currently working on the screen play for the sequel to his film The  Strangers from 2008. He is also finishing up the fantasy horror film Stephanie, which stars Frank Grillo, along with another horror film called There Are Monsters, which stars Zoe Kazan and Ella Ballentine.