There has been a recent resurgence of a horror sub-genre dealing with tough subjects such as mental illness and the pervasive demons of addiction and domestic violence.  Numerous films in the past decade or so have tackled these themes with varying results like Hereditary, Goodnight Mommy, The Babadook and even Netflix’s brilliant series The Haunting of Hill House.  Collectively it would appear that horror fans are in the middle of the golden age of the “psychological horror” movie.  And with Relic, writer-director Natalie Erika James has created an entry as worthy as nearly all other contenders to be at the top of that heap.

Relic, which premiered earlier this year at the 2020 Sundance Film Festival, is an engaging story that reels you in methodically and purposefully into a world ruled by familial bonds and the ever-deteriorating existence of the matriarch.  Emily Mortimer (Scream 3, Shutter Island) plays Kay, who along with her daughter Sam (Bella Heathcote – Pride and Prejudice and Zombies) must journey to the family’s isolated country home to search for their missing mother/grandmother Edna.  There they find that Edna (played by Robyn Nevin from the two Matrix sequels) has left painfully obvious clues of her increasing grip of dementia.  While trying to come to terms with both the physical and mental loss of Edna (which is essentially what that horrible disease causes), she reappears even more mysteriously as she disappeared.  Kay’s reaction to her mother’s sudden emergence seemingly out of the darkness is of very cautious relief; Sam, however, counters with much more unquestioning happiness.  Therein lies the further separation between mother and daughter…..in two separate instances.  As Kay’s behavior devolves into sudden rage and violent confusion, her daughter and granddaughter have to determine what part the family home is playing in their grandmother’s helpless downward spiral and if they too must fight their own battles to free themselves within those same walls.

First off, I commend James for creating such a visually-gripping and chill-inducing professional production.  While the action and story move slowly, around half-way through the pace begins at near-frantic rate at times leading to the explosive conclusion.  The score is wonderfully unsettling throughout, a perfect environment to showcase the growing division between mother and daughter.  This is exactly what the entity needs and feeds off of.  The film does delve pretty heavily at times into “Grudge” territory, but has more than enough to distinguish itself from those characteristics as well.  Even in the daylight the scenes remain rather dark, and the imagery of black molding growing and overtaking the walls serve as powerful reminders of the evil on its way.  James deserves a lot of credit for nailing these visual and audio techniques. 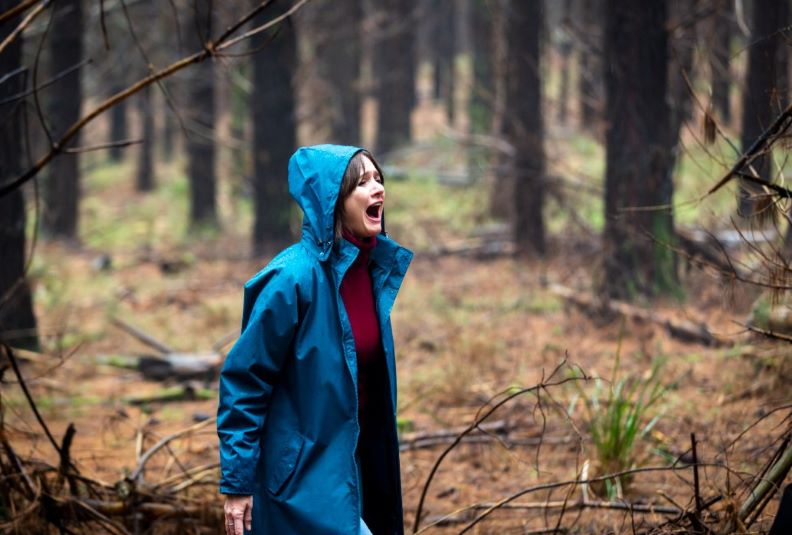 Mortimer should likewise be commended for her portrayal of the woman caught in the middle of this multi-generational battle.  Kay is the bridge, the torch-bearer, between the older and younger generations who don’t quite understand each other yet still share a common bond of being misunderstood.  The pain in her face and obvious inner turmoil is real, as her mother and daughter struggle to find where they fit in during this tumultuous time.  The only shared circumstance is a house trying to take them over.  In the same vein, the role of Edna is literally a roller coaster of emotions that film veteran Nevin conquers worthily.  Here descent into full-blown psychosis is punctuated at times by moments of clarity, where she attempts to rebel.  The chemistry between Kay and Edna, and their inclusion of Sam (Heathcote nails this character too), is a dynamic that is always present even when one or two of them are not on-screen.  The cast of Relic is incredibly small by design, as it maximizes this relationship for the audience.  Smart move.

While neighbor interaction hints at a problem with Edna for quite some time, it’s not until Sam becomes stuck in a literal labyrinth of mental illness and drywall that the surrounding evil is driven home.  The pacing can be uneven, as the initial 70 minutes provide the rising action for quick 20 minute wild conclusion sequence.  And the jump-scares, of which I’m fifty-fifty on to begin with, seem to have no resolution in many instances.  These are points of contention, but certainly not reasons to avoid.  The mental illness/psychological horror genre has many faces, but multiple ways to arrive at the story’s end.  Relic gets there regardless and offers a satisfying, if not altogether agreeable, conclusion. 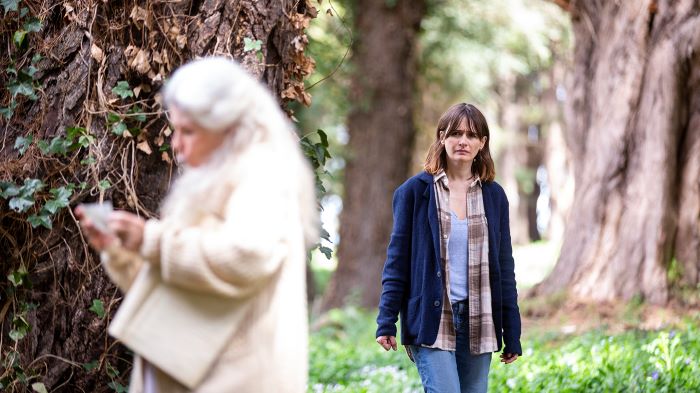 Does dementia cause sinister thoughts and actions, or is there something malicious behind the onset of the disease?  This is the theme James tackles with Relic.  What is presented is a horror film that is just as claustrophobic as it is creepy, which is a win in my book.  This film is a slow burn, but the climax takes its time to build towards each character’s final challenge, which they ironically-enough must face alone.  This is certainly a worthy addition to this horror sub-genre, and will leave the audience both satisfied and perhaps self-reflective about their own family ties.