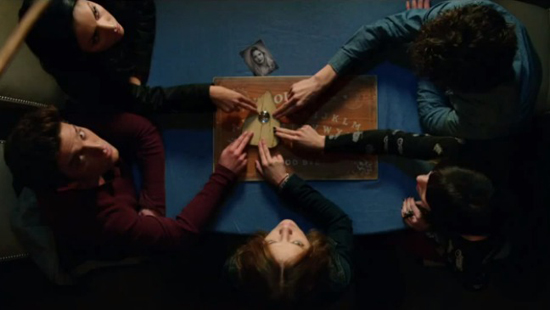 The sequel to last year’s ‘Ouija’, which starred Olivia Cooke (Bates Motel), is moving along at Universal.  ‘Oculus’ writers Mike Flanagan and Jeff Howard are penning the script. It will be hitting theaters Oct. 21, 2016.  Blumhouse Production’s Jason Blum, Platinum Dune’s Michael Bay, Brad Fuller and Andrew Form, and Hasbro’s Brian Goldner and Stephen Davis are producing.  The first film centered around a group of friends who inadvertently awaken a malevolent presence when they use a Ouija board to attempt to contact a classmate who died recently. The horror hit had  a budget of $5 million and   grossed  $50 million domestically and $100 million world wide.