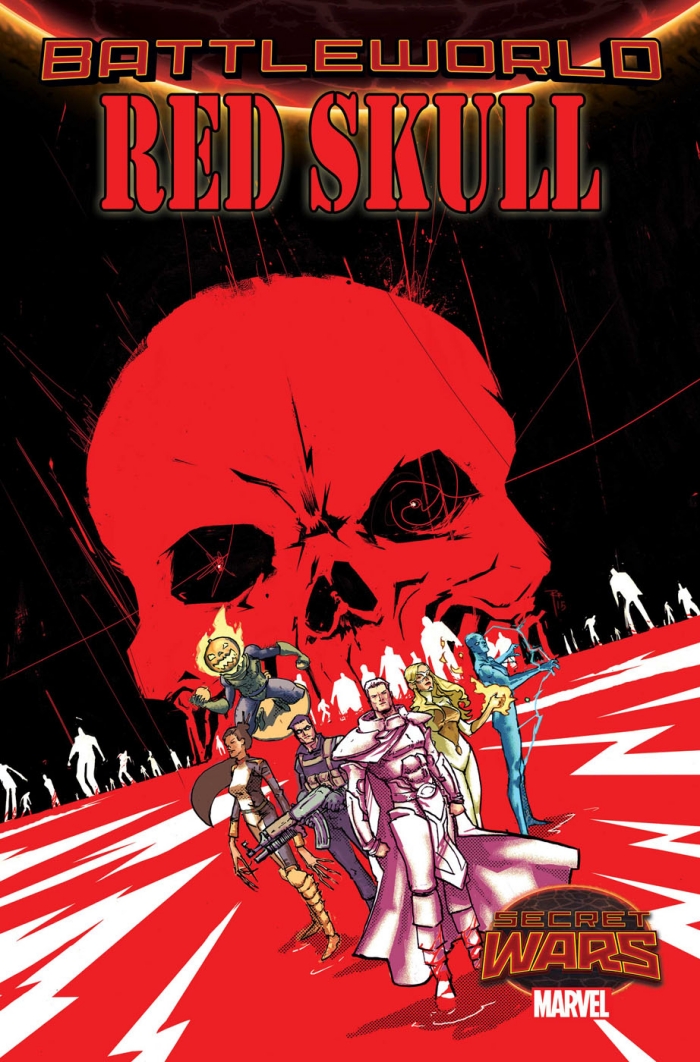 One of the most vile villains of the Marvel Universe gets his very own twisted Secret Wars series!

Red Skull should be dead but his legend grows, so a team of villains that includes Winter Soldier, Magneto and Lady Deathstrike are sent on a dangerous odyssey to the Deadlands to prove it…but no one ever comes back alive from the Deadlands!

Forced to overcome zombies, Ultron drones and the Annihilation Wave, the rag-tag team of villains will find that they may bitten off more than they can chew…

Written by Joshua Williams and art by Luca Pizzari with covers by Riley Rossmo and Nick Pittara.