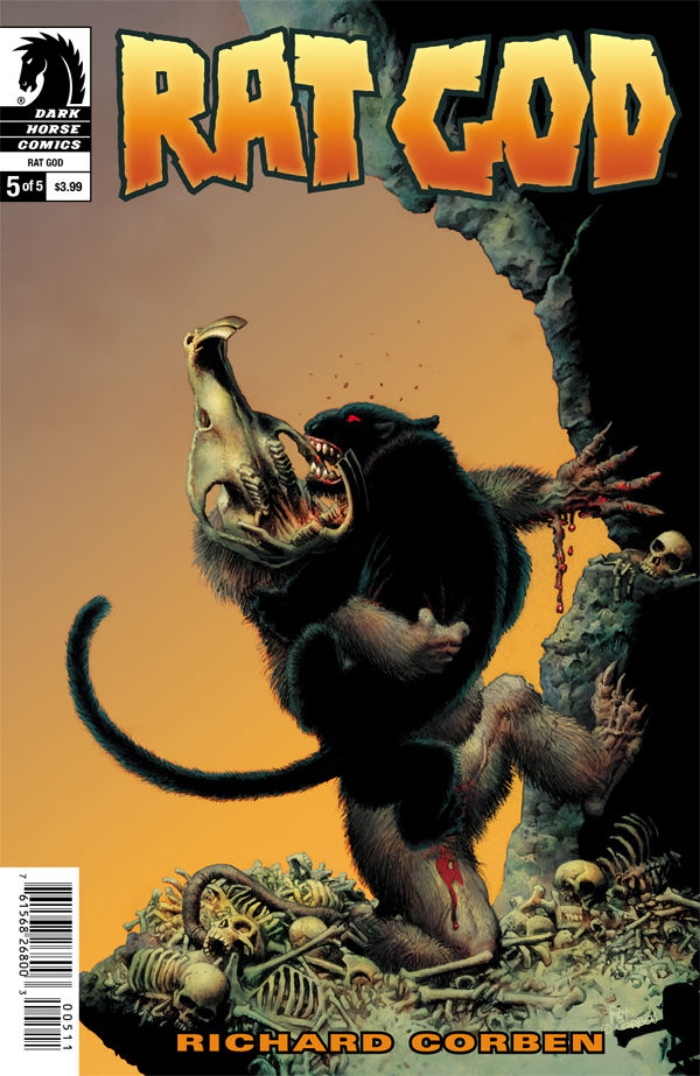 Dark Horse Comics has provided us a preview of the new Rat God comic.

City slicker Clark Elwood finds more than he anticipated in the spooky town of Lame Dog, ruled by an ancient power that draws its strength from occult savagery.

Written and art by Richard Corben