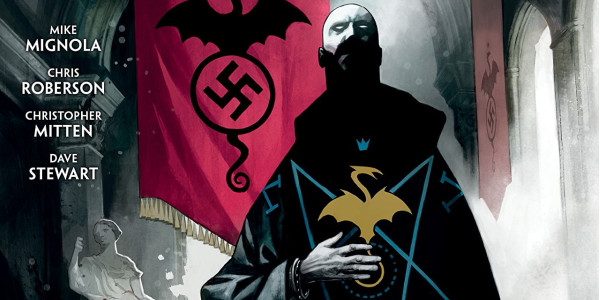 In July, HNN profiled the upcoming “villain-centric”series taking place in Dark Horse Comics’ Mignolaverse. One series that generated a lot of fan interest was the “origin” story of Hellboy’s very own “Mad Monk”: Rasputin.  Horror News Network was recently able to check in with writer Chris Roberson about his new mini-series Rasputin: The Voice of the Dragon, his other Hellboy projects, and iZombie in the engaging interview below.

Horror News Network: What is it like to go back and explore the villain of the first Hellboy arc and tell the story that leads to “Seed of Destruction”?

Chris Roberson: Rasputin has always loomed large in Hellboy’s backstory, as has WWII in general, but before now we’ve only gotten glimpses of what Rasputin was doing with the Nazis during the war. And while we know that Trevor Bruttenholm was active in the war effort, assisting the British government in occult matters, did he ever suspect that there was a central figure behind the scenes calling the shots for the Nazis? Now we have a chance to find out.

Roberson: Christopher and I worked together before on Rise of the Black Flame, and he was actually present at the dinner where Mike Mignola and I first started talking about the story ideas that eventually evolved into Rasputin: The Voice of the Dragon, so there was never any question whether he would be the one to draw it. He’s just so fantastic at capturing different historical periods and settings, and at depicting truly creepy moments, that he is the perfect artist to collaborate with on this.

HNN: Is it difficult to craft a story around a villain as opposed to a hero?

Roberson: There are many ways of doing it, but what we’re doing isn’t a million miles away from the way that Bram Stroker handled the villain in Dracula. You explore the villain through the eyes of the heroes who face off against them. So while the book is about Rasputin and his work with the Nazis, much of our focus is on a young Trevor Bruttenholm and his allies who begin to uncover Rasputin’s plans bit by bit.

HNN: You have worked on a number of period pieces in the Mignolaverse such as Rasputin and Hellboy and the BPRD: 1955.  What are the positives and challenges of working on a story that is set in the past?

Roberson: History has always been a passion of mine, and a lot of the joy of working on period pieces is in the research, and finding out things about a particular place in a particular moment in history that help make for a richer story. The challenge is to be able to tell which bits of historical trivia actually fit in the story that we’re trying to tell, which is why I’m lucky to have Mignola on hand to keep me on track.

HNN: Rasputin is very much a detective story at heart.  How do you balance the elements of a horror story with elements of cosmic horror?

Roberson: I’m a huge fan of mysteries, and tend to structure a lot of my stories along those lines, regardless of the genre than I’m working in. And when dealing with cosmic horror, I find that it helps to start with the fairly mundane, and gradually pull back the curtain just enough to reveal that the world that we’re dealing with is a lot stranger than it might appear at first glance. So in this case we have Trevor Bruttenholm following a hunch, that leads him to learn about a strange sighting at a small town graveyard, and then bit by bit he discovers that the strings that he’s pulling on are all part of a much larger (and much weirder) tapestry. 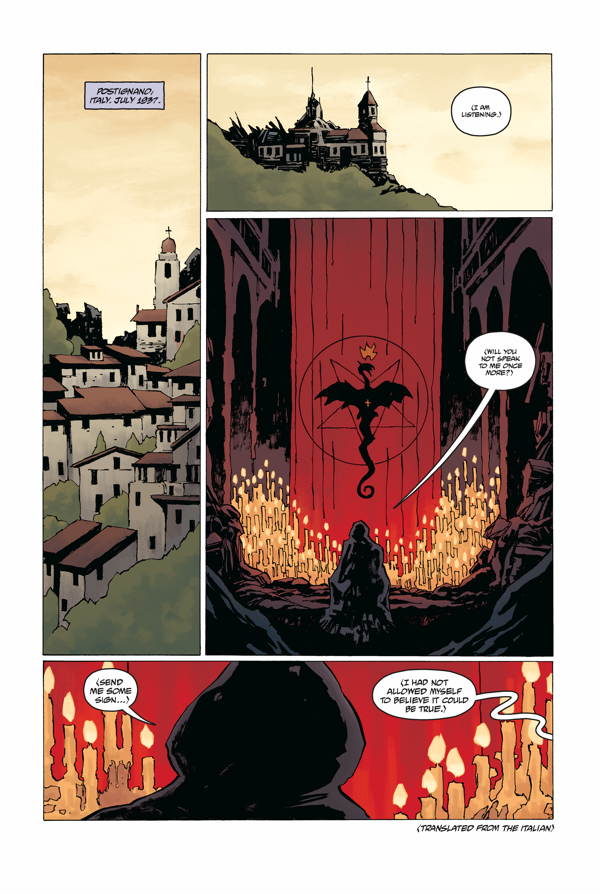 HNN: Why is Rasputin such an intriguing historical figure?

Roberson: I think that central to the appeal of Rasputin is the strange circumstances of his death. The image of the “mad monk” with the ear of the tsar is interesting enough on its own, but to know that he was poisoned, shot, and beaten by a group of conspirators, only to survive it all and then ultimately die of drowning, is an intriguing little story all on its own. Mignola’s version of the character, with his connections to Baba Yaga and the Ogdru Jahad, is just that much more intriguing.

HNN: iZombie will soon begin its fourth season.  What is it like to see your creations adapted for a different medium?

Roberson: Very strange. Awesome, but very strange. I’m extremely fortunate that the show is so damned good, too. It’s one of my favorite shows on the air, and would be even if my name wasn’t in the credits!

Roberson: I’m currently working on a comic book miniseries for Dark Horse that ties into the forthcoming God of War video game, as well as some additional Hellboy related projects that haven’t yet been announced, and I’ve written the introduction to the forthcoming Secret Loves of Geeks anthology edited by Hope Nicholson that will be coming out from Dark Horse in February.

Rasputin: The Voice of the Dragon is currently available at finer comic book stores everywhere.