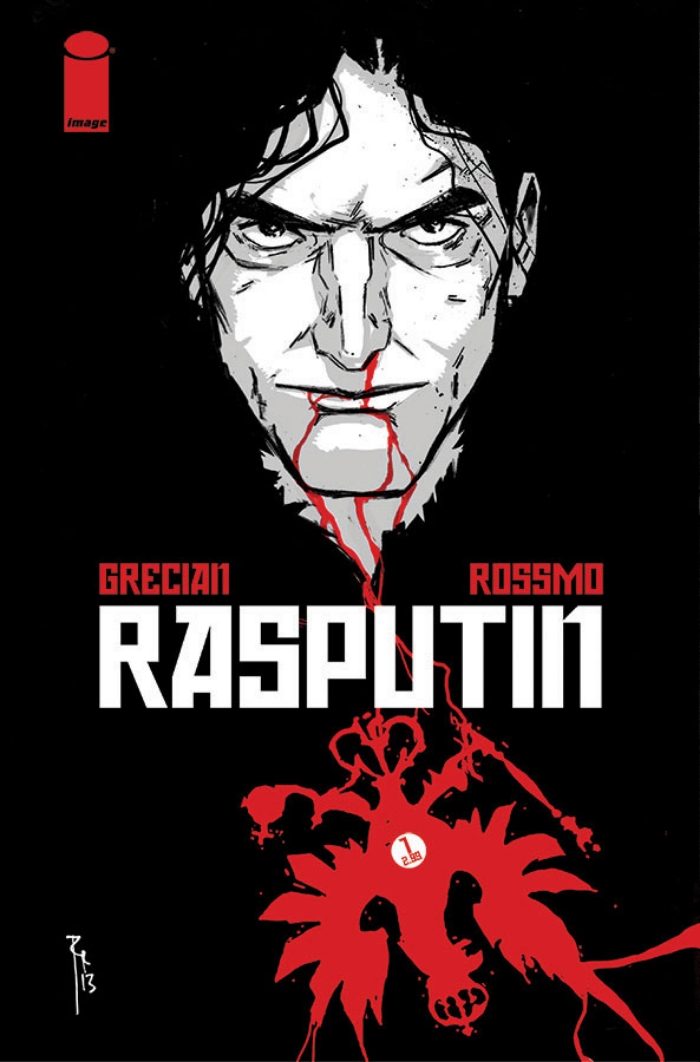 In one night Rasputin was poisoned, beaten, stabbed, shot in the head, drowned, then tied up and thrown in a frozen river. It was really bad timing. His beard was just coming in nicely. New York Times bestselling author ALEX GRECIAN and fan favorite artist RILEY ROSSMO reunite for the first time since their critically acclaimed series PROOF!

Written by Alex Grecian and art by Riley Rossmo and Ryan Plascencia with covers by Riley and Ryan Stegman.

Expected to arrive on October 29.