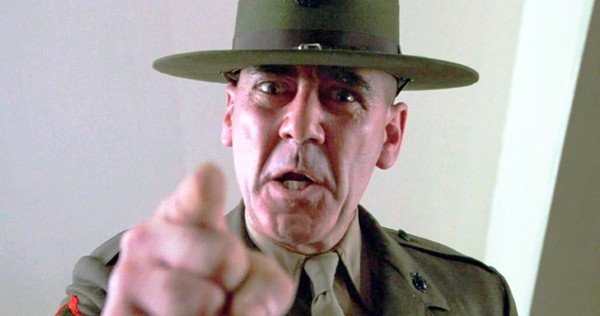 R. Lee Ermey Passes Away at 74

The horror world, along with all of Hollywood, suffered a big loss on Sunday.  R. Lee Ermey, the rugged and big-voiced actor who earned a Golden Globe nomination in 1987 for his role in Stanley Kubrick’s Vietnam War masterpiece Full Metal Jacket, passed away at the age of 74.  The announcement was made by his manager Bill Rogin on his Twitter account, with the cause of death reported to be complications from pneumonia.

Ermey was born in Emporia, Kansas, on March 24, 1944.  He was a former drill instructor at the Marine Corps Recruit Depot in San Diego, eventually achieving the rank of staff sergeant in the early 1970s.  His combat experience during the Vietnam War would help lend authenticity to his numerous roles as military personnel during his career in Hollywood.  In addition to the role of tough-talking and strict drill instructor Gunnery Sgt. Hartman in Jacket, Ermey also appeared in authoritative roles in films such as Seven, Toy Soldiers, Dead Man Walking and Leaving Las Vegas (among more than 100 recognized roles on IMDB.)  Even children would recognize his gruff and stern voice from roles on The Simpsons, Family Guy, and of course as Army Sarge on all three Toy Story movies.

Ermey’s passing was also recognized by the military, with the US Army tweeting “Rest In Peace, Gunny. We are grateful for your service to our country and for supporting our servicemembers. Semper Fi.”

For horror fans, Mr. Ermey’s contribution to the genre is undeniable.  He has numerous horror film credits under his belt such as Body Snatchers (1993), The Frighteners (1996), and HBO’s Tales from the Crypt series.  However, his most recognizable horror persona is that of psychotic Sheriff Hoyt in 2003’s The Texas Chainsaw Massacre reboot as well as 2006’s The Texas Chainsaw Massacre: The Beginning.  If there was ever a role that fit an actor’s personality and reputation as perfectly as Gunny did for Ermey, it may just be that of Hoyt.  Integrity and authenticity are the two landmarks of a perfect casting, and this man nearly always exemplified both qualities. 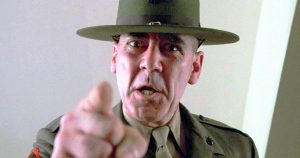