Running into Venom in a dark alley would cost you dearly. So will a brand-new bust of the symbiote.

A life-size, incredibly realistic bust of the Marvel Comics and big screen fan-favorite is coming from Queen Studios next year, as reported by cbr.com, and the photo on this page shows what it would look like among your horror collectibles.

Collectors can place their order through the Queen Studio website directory. Keep in mind that only 576 copies of the bust will be manufactured.

The sculpture, as explained, was crafted from polystone with resin flourishes that make for a wonderfully frightening piece of art. The bust boasts bone-white eyes, dagger-like teeth (coated to give them a pearly sheen) and Venom’s trademark long, red tongue.

Venom: Let There Be Carnage–the much-anticipated sequel to Marvel’s 2018 horror flick–recently set the domestic box office record for a debut weekend during the pandemic. The Sony Pictures offering earned more than $90 million dollars over its opening three-day period.

The Marvel Comics character of Venom was introduced as a living alien costume in 1984 in The Amazing Spider–Man No. 252, with its first full appearance as the symbiote Venom in issue No. 300 (1988) of the same comic. 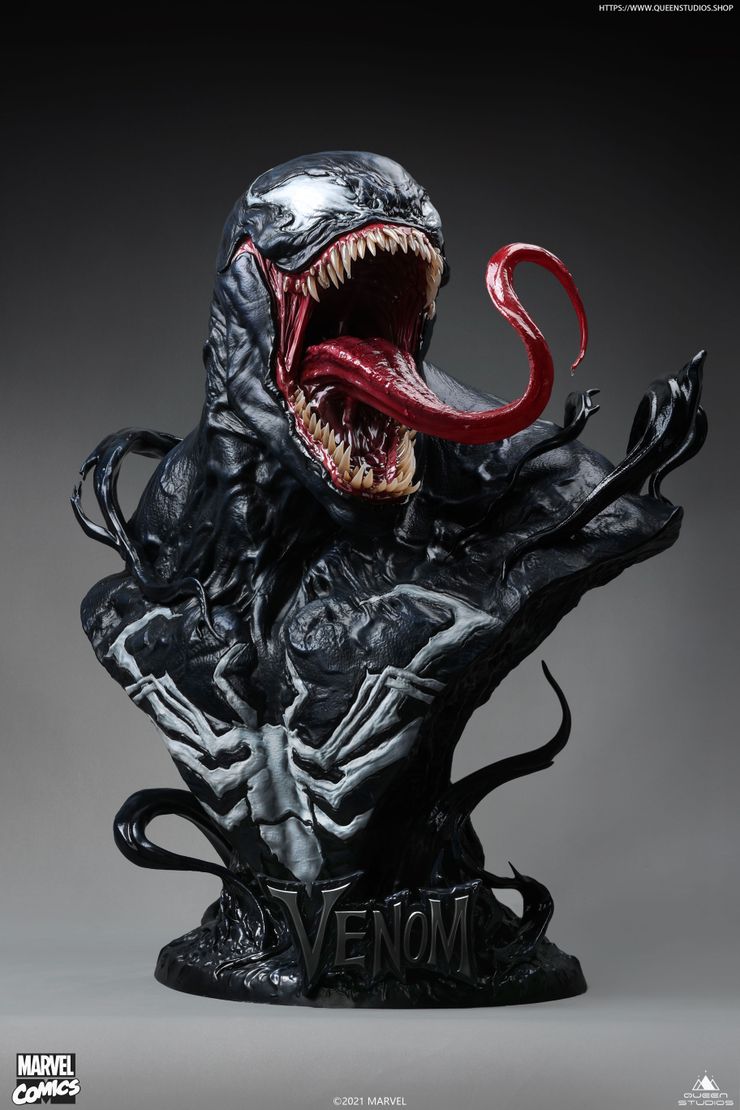