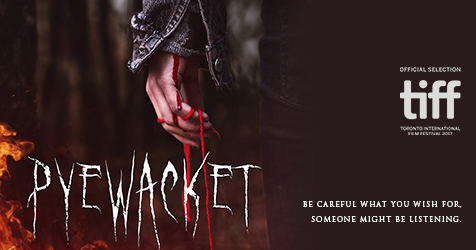 Pyewacket opens on a young goth-ish girl named Leah (Nicole Muñoz) as she makes her way through her high-school’s hallway on her way to class. She is nudged by one kid but largely ignored by everyone else. We find that Leah does have friends and that they are also among the “misfits” of the school; sort of goth/sort of punk but all into the occult, which is never a good sign.

We’re then introduced to Leah’s mom, Mrs. Reyes (Laurie Holden), who doesn’t seem to be holding up so well. We soon find out that her husband, Leah’s dad, passed away suddenly and neither her nor Leah are having an easy time with it. Mrs. Reyes sees that Leah has retreated into her study of the occult and Leah sees that her mom has retreated into the bottle, so to speak.

After a particularly rough night where Leah and her friends go to a book signing at a local library to meet the author of their favorite occult book and they end up staying out pretty late, Leah and Mrs. Reyes get into it when Leah finally gets home. Mrs. Reyes says she doesn’t like who her daughter is becoming with all of the occult stuff and she hates her “loser” friends and most of all cannot stand that she sees her late husband every time she talks to Leah.

The next morning Mrs. Reyes tells Leah that it’s time that they move on. She has already secured a new place about an hour away and wants to leave behind the memory of her late husband and start a new life with her daughter in a new place but Leah’s having none of it; the thought of leaving her friends behind is too much for her fragile psyche to handle. Perhaps she knows some sort of dark ritual that could solve this whole situation for her? Uh oh.

Pyewacket succeeds for two reasons: the first is the phenomenal chemistry between Leah and her mother. Nicole Muñoz (Hemlock Grove) and Laurie Holden (The Mist, The Walking Dead) really knock it out of the park. They both play characters that are at times unlikable, but you end up rooting for anyway because they’re way more than just the bitchy mom and the bratty teen.

The second reason the film is so good is due to the work of writer/director Adam MacDonald (Backcountry). Mr. Macdonald takes what is really just a simple premise that could have easily been ruined with cheap jump-scares and tons of gore and he manages to hold back and build that tension that is the real backbone of a truly scary film. Kudos, sir.

My final advice to you is to watch Pyewacket with the lights on…and with some friends…and be careful what you wish for. 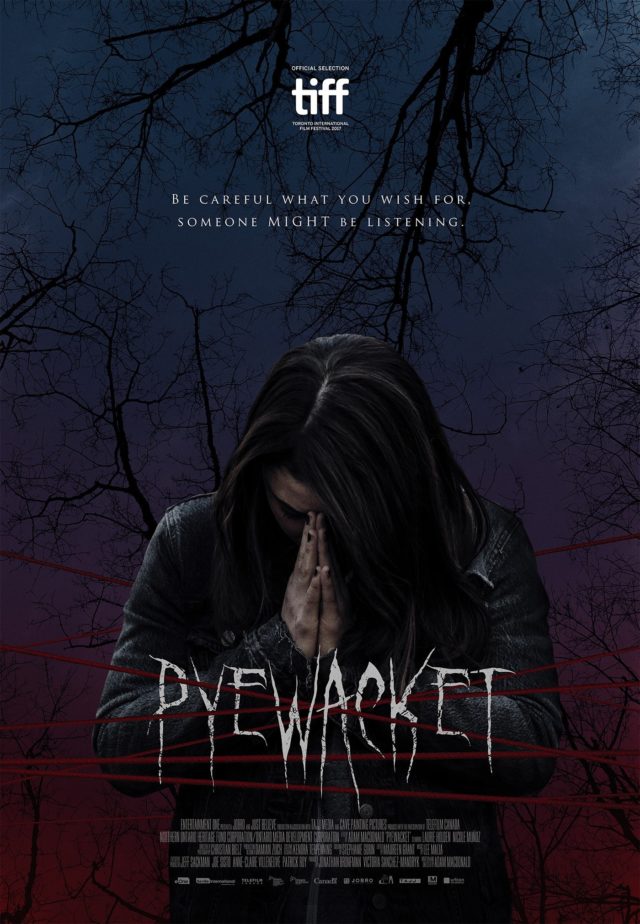