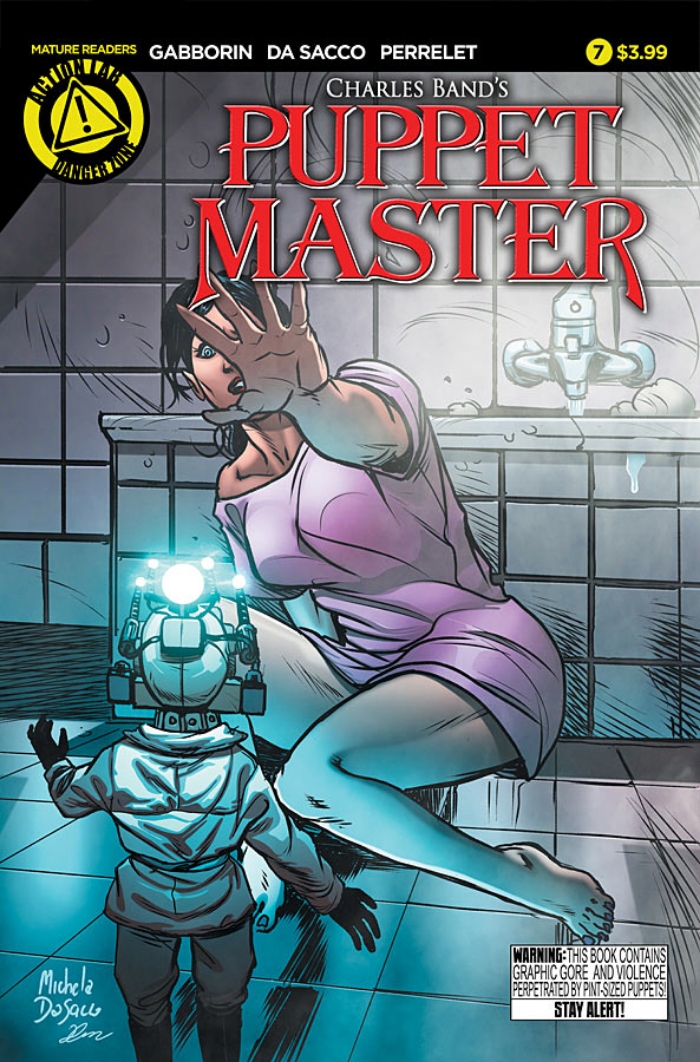 Action Lab Entertainment has provided us a preview of the new Puppet Master comic.

The Puppet bodies have cut a bloody trail with only one final destination: Hell for the souls that abandoned them. A deal is placed before the souls that used to inhabit the Puppets, but will they accept… and should they? Enter Anapa, son of Sutekh. Film and comics converge in the ultimate tale of revenge!