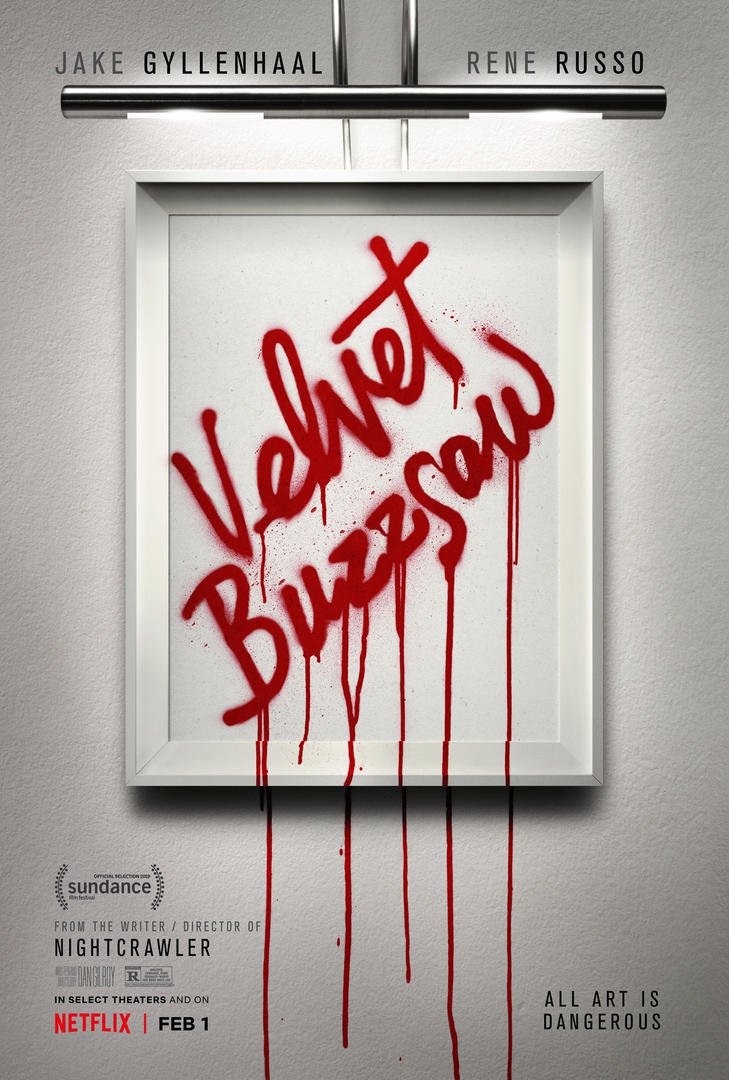 Proof that All Art is Dangerous with New ‘Velvet Buzzsaw’ Poster

Straight from Netflix, the streaming site has release a new poster for its upcoming horror film Velvet Buzzsaw.

A Netflix Original starring Jake Gyllenhaal and by writer-director Dan Gilroy (reunited with Gyllenhaal from 2014’s Nightcrawler), Buzzsaw is a horror thriller set in the deep and dark world of Los Angeles’ contemporary art scene, where big-money artists and mega-collectors pay top-dollar when art collides with commerce.

Everything goes south in the art community after a series of paintings are found in a dead hermit’s apartment. Soon enough they become all the rage up until their supernatural powers slowly start creeping off of the canvas and into reality.

The film will have its world premiere at the Sundance Film Festival later this month before premiering on Netflix February 1.

Check out the poster above!