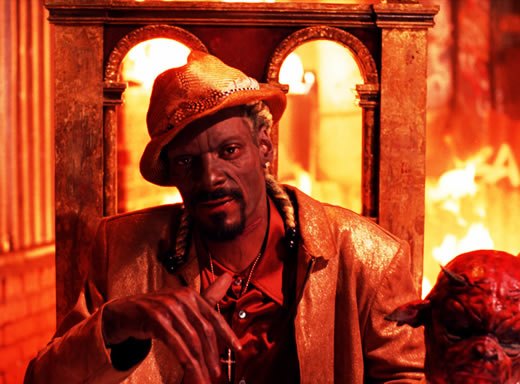 According to the report, “The series centers on a mysterious hotel, The Last Stop Inn, situated on a lonely stretch of foreboding highway, where the unlucky guests who check in each week struggle to understand the supernatural events that unfold during their stay.”

Taylor is excited to be working with the unmistakable rapper and actor, saying that “Partnering with Snoop on this first anthology series will have us coming out of the gates strong and we couldn’t be more excited.”

This isn’t Snoop Dogg’s first foray into the realm of horror however.  Snoop Dogg previously starred in 2001’s Bones as the title character and also starred in and produced Snoop Dogg’s Hood of Horror in 2006.

No release date has been set for The Thrill, but be sure to check back with Horror News Network for further updates on this new series.