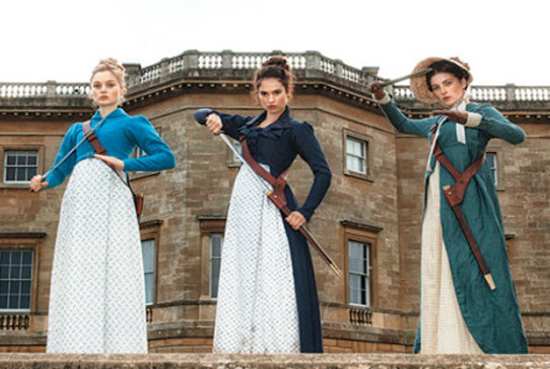 Screen Gems has announced that  ‘Pride And Prejudice Zombies’ will be released Feb 19, 2016. Based on Seth Grahame-Smith’s novel of the same name, the story mixes the Jane Austin story with zombies. The story centers around the Bennet sisters who have had enough of the zombie apocalypse that has been going on for the last 70 years.  David O. Russell wrote the screenplay for the Burr Steers directed film which stars Lily James as Elizabeth Bennet, Sam Riley Mr.Darcy, Bella Heathcote ast Elizabeth’s sister and Jack Huston as Mr.Collins. Cross Creek chief Brian Oliver, Allison Shearmur, Sean McKittrick, Natalie Portman, Annette Savitch, Tyler Thompson and Marc Butan are producing the picture, which began filming last September.