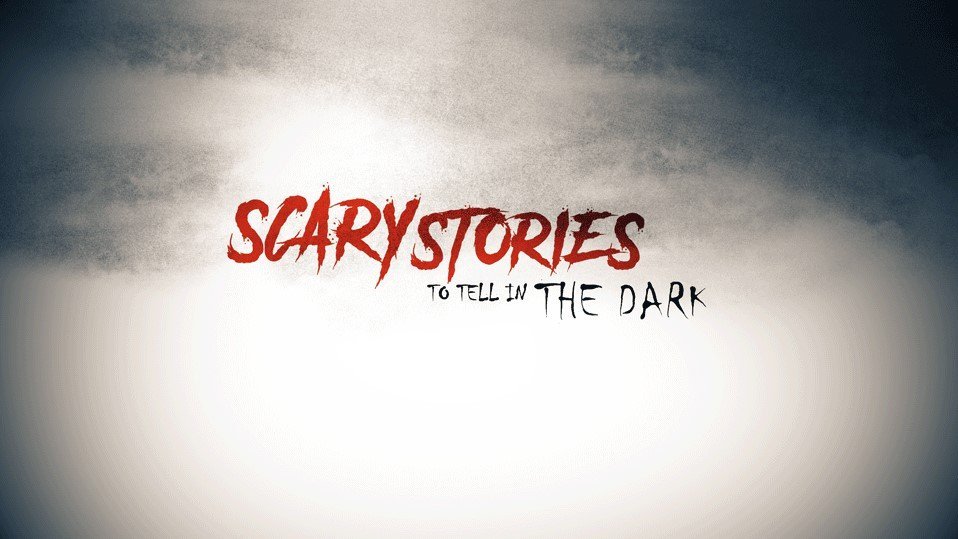 Before the scenes or trailers were shown, Mr. del Toro addressed the attendees. He talked about discovering the books when he was younger and how he first fell in love with the incredible illustrations of Stephen Gammell before being won over by the stories. He made it clear that when he was first approached about being involved with Scary Stories, he did not want this to be an anthology film; “anthology films, while great, are only as good as their best story and as bad as their worst”, said del Toro, while director Øvredal agreed and said that working on this film, “was a dream come true”. They also both discussed the importance to them of making a PG-13 movie, “something to scare the whole family”.

The stories that we were shown pieces of today were from “The Big Toe” (about a corpse looking for its missing big toe) and “The Red Spot” (about a poor girl who has an unfortunate, moving blemish on her face). From what was shown, as well as what you’ll see in the trailer below, it seems to me that they were successful in making a legitimately scary PG-13 movie; as a matter of fact, the guy next to me nearly jumped out of his seat at the conclusion of “The Big Toe” and the whole theater of 50+ people were suitably grossed out for the conclusion of “The Red Spot”.

During the Q&A session that followed the clips, Guillermo del Toro was asked about his inspiration for the kids in the film. He said that it was important to have characters that the audience can relate to, “people we see every day, not models in shampoo commercials”, he said. He also said that he draws inspiration from how Stephen King builds characters, and mentioned Stand By Me, when it comes to young adults’ complexity, “they’re not all skateboarding kids spouting funny one-liners”, he added. Both del Toro and Øvredal spoke of their love of practical effects and how heavily they are used in the film. Guillermo sang the praises of Mike Hill and his sculpting work for the character in “The Dream” sequence of the film.

Below are some shots from today’s event and below that is the trailer for Scary Stories to Tell in the Dark. Here is the official synopsis:

It’s 1968 in America. Change is blowing in the wind…but seemingly far removed from the unrest in the cities is the small town of Mill Valley where for generations, the shadow of the Bellows family has loomed large. It is in their mansion on the edge of town that Sarah, a young girl with horrible secrets, turned her tortured life into a series of scary stories, written in a book that has transcended time—stories that have a way of becoming all too real for a group of teenagers who discover Sarah’s terrifying tome. 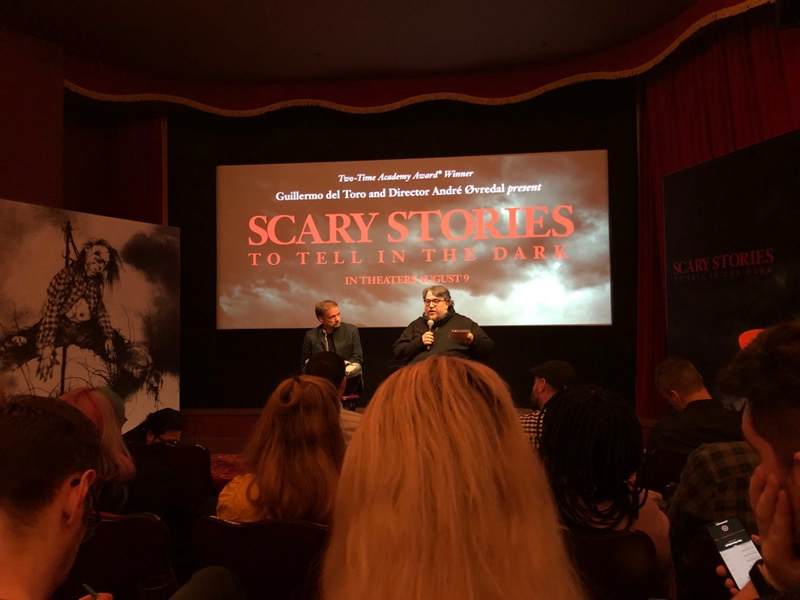 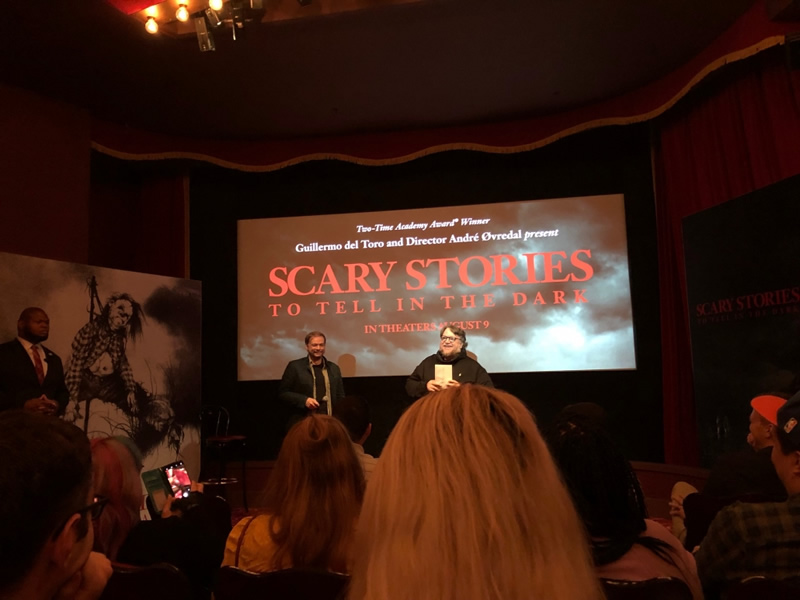 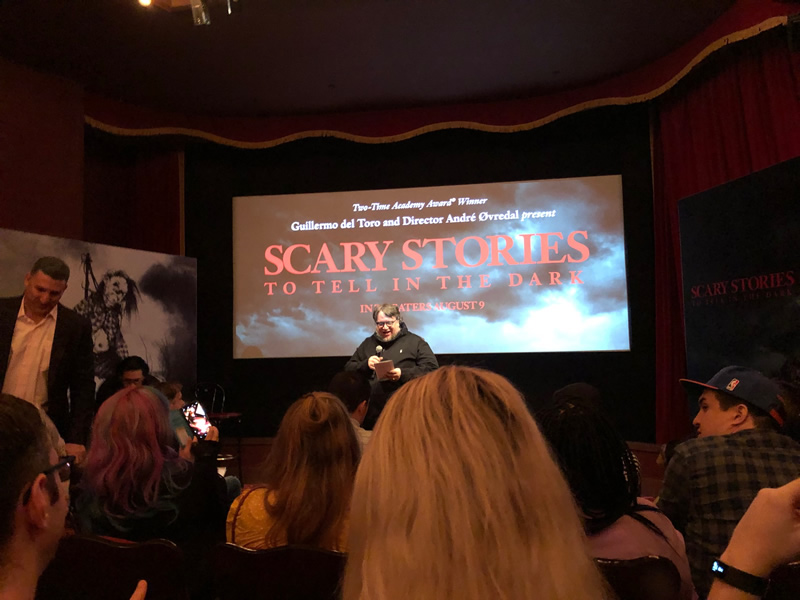 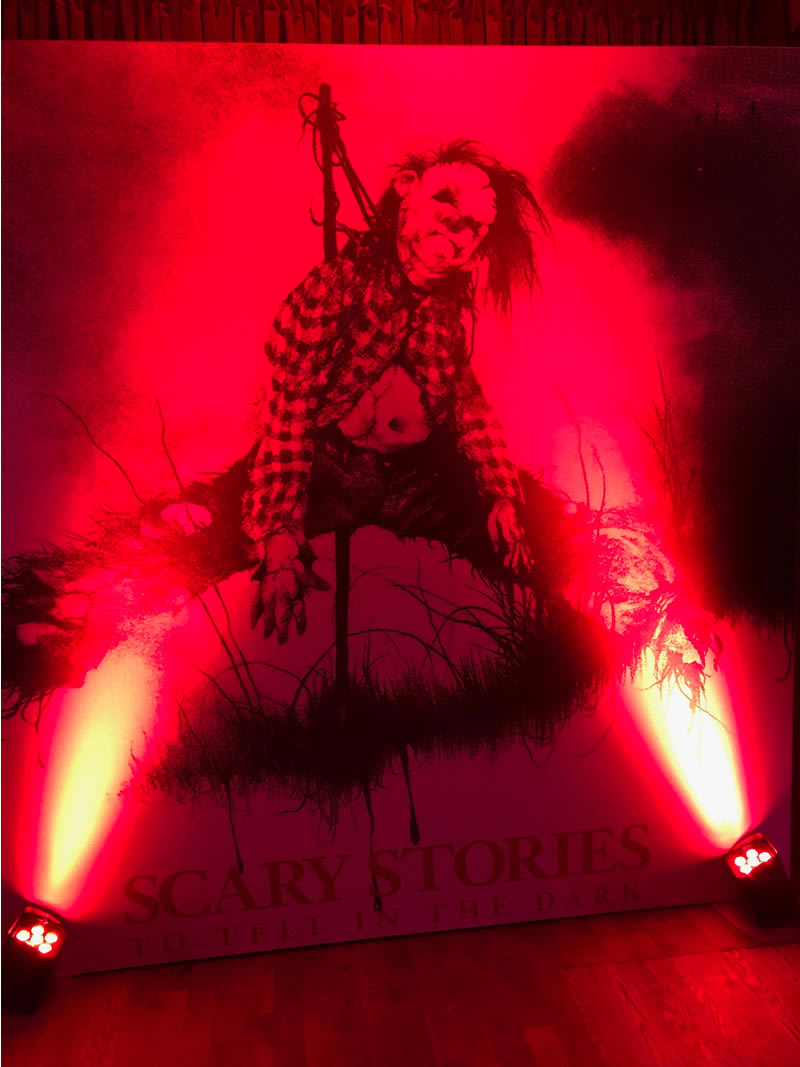 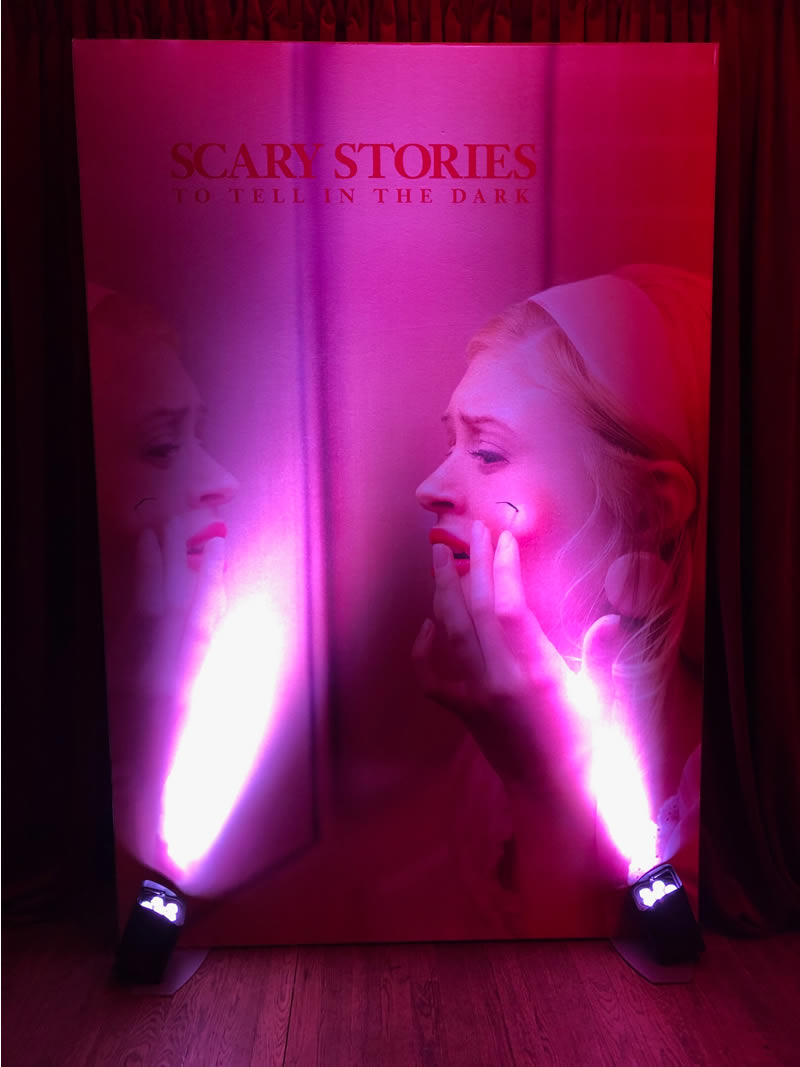 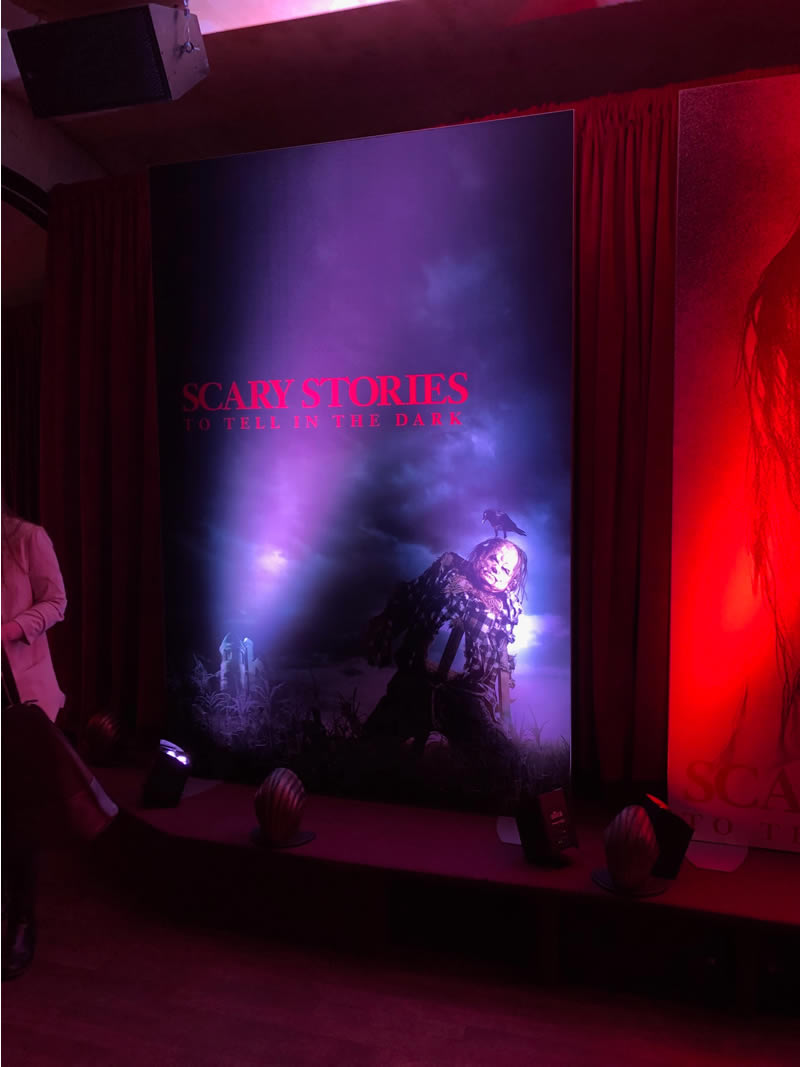 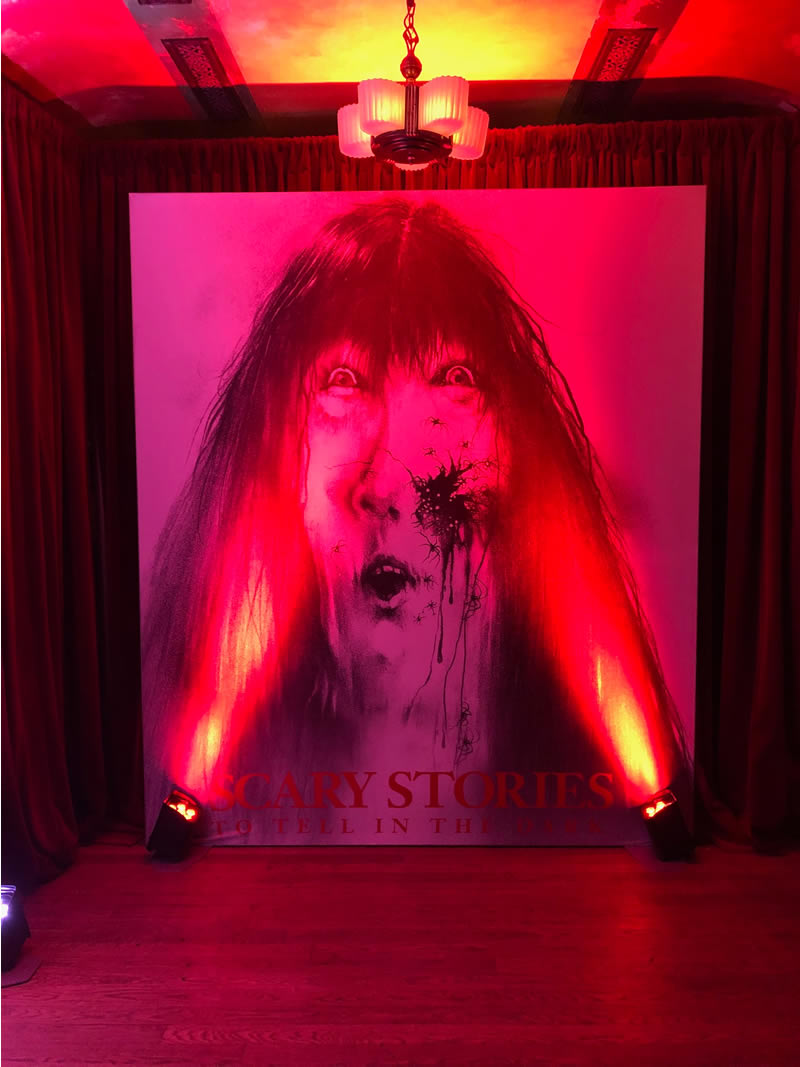