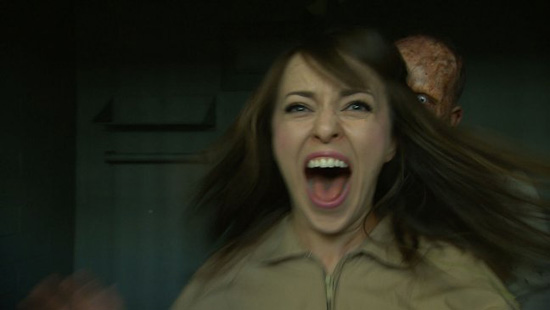 Premise Behind ‘Fight of the Living Dead’ Competition Reality Series

Alpine Labs’  ‘Fight of the Living Dead’ series has a unique premise.   It’s a competition reality series starring nine YouTube stars, including Joey Graceffa and Meghan Camarena who were former ‘Amazing Race’ contestants.  They were blindfolded, brought to the former Sybil Brand Women’s Prison in Los Angeles, and put in jail sells or hospital beds.   After they open their eyes, they must fight though a zombie apocalypse.

The series premiered on CON TV in late March and new episodes are currently streaming on BlackBoxTV’s YouTube channel.  CON-TV is offering 11 5-minute episodes which feature the entire cast, while BlackBoxTV runs additional episodes, which each featuring one contestant.  The series, which works with brand sponsors, was made for under $350,000. Alpine is trying to license the brand so that producers in other countries could each have their own version of the show.

Kevin Abrams, Alpine Lab’s co-creator, directs season one.   Makeup VFX artist Tommy Pietch designed the various zombie looks used in the series. He also oversaw the team of makeup artists who did the make up of about 200 extras who played zombies.   About 60 cameras are used, which included GoPros they attached to the contestants. Three news crews also followed them around with CCTV cameras. GoPros were also used for location wide shots.