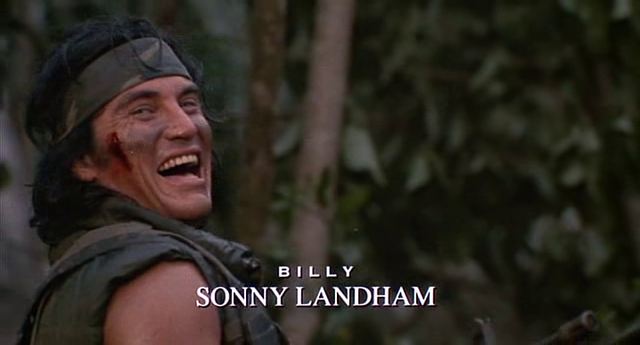 Horror News Network has confirmed that actor Sonny Landham has passed away in Lexington, Kentucky. The actor who is best known to horror fans for his role in the classic Predator. Prior to playing Billy, one of Arnold Schwarzenegger’s elite soldiers, he appeared in 48 hours and had smaller roles in other films like Poltergeist and The Warriors before his notable performance in the 1987 classic film.

Many fans will remember Landam’s memorable scene going one on one with the alien in Predator, where his bad ass character stood tall to avenge the death of fellow soldier Dillon (played by Carl Weathers). In his later years, he made a run for Governor of Kentucky. Sonny Landham was 76.

Schwarzenegger took to Twitter to share his thoughts on working with Landham on the set of Predator. 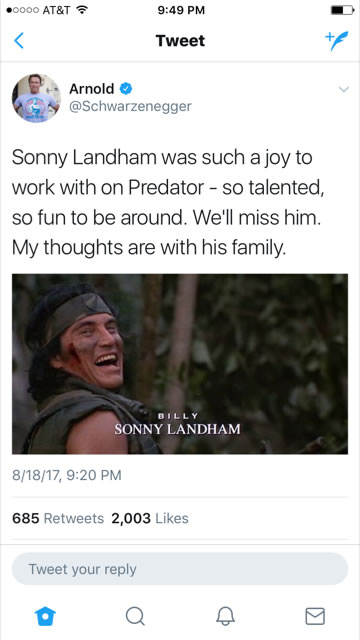 The team at Horror News Network offers our sincere condolences to the Landham family.