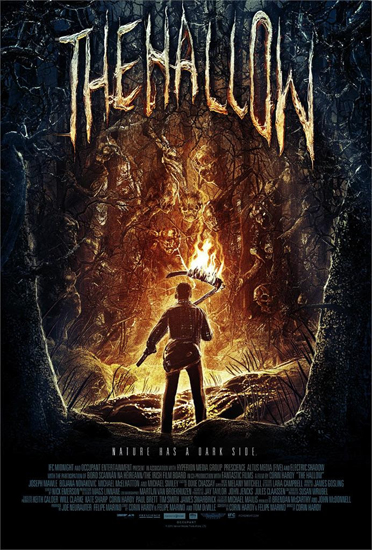 The poster for Corin Hardy’s acclaimed horror hit ”The Hallow’ has been released.

“A viscerally scary fantasy horror tale… [Hardy] proves himself both a gifted visual stylist and an assured storyteller with a wicked grasp of sustained dread.”

“Embraces a thrilling mix of practical effects, animatronics, puppetry and prosthetics along with subtle CG enhancements to create a vivid collection of nightmarish fiends.”