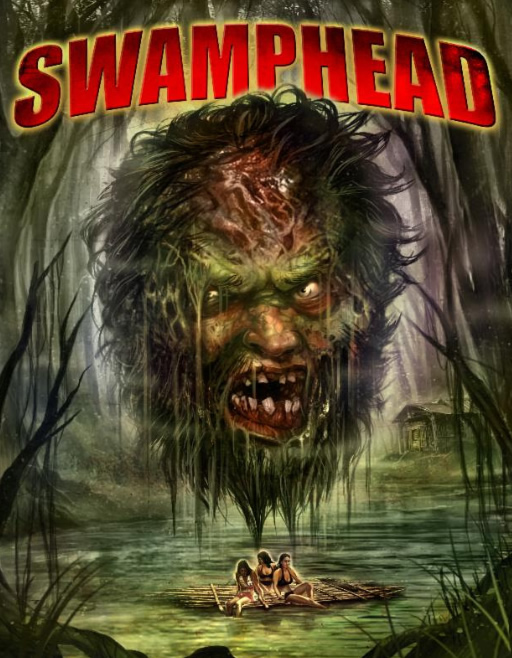 Wild Eye Releasing is gearing up for their release of Justin Propp and Dustin Dover’s supernatural monster movie, Swamphead.  The film, starring Josh Harmon, Andrea Smith, Theodore Koepke, and Shaena Friedman, will be released on DVD nationwide this October.

An ancient talisman buried deep at the bottom of a swamp is accidentally disturbed, conjuring the zombified, severed head of of a centuries-old warrior. The killer cranium takes to the air in a unstoppable bloodbath, exacting a chomping, gnawing revenge on anyone in its path. Now it’s up to a group of teenagers to destroy Swamphead – but can they stop partying long enough to put this case of bad head to rest for good?

Swamphead will be available on DVD in stores and at all major e-tailers, after pleasing fans and critics alike on the horror festival circuit over the past couple of years and a successful VHS release by Briarwood Entertainment.  Horror 101 called the film “a sure-fire crowd pleaser”, while Horror Society hailed it as “an over the top bloodbath”, and B Movie Bunk said, “This is the type of movie we need more of.”

Full DVD specs will be announced at a later date, but a copious amount of extras are being assembled for a release sure to please all monster and slasher fans.