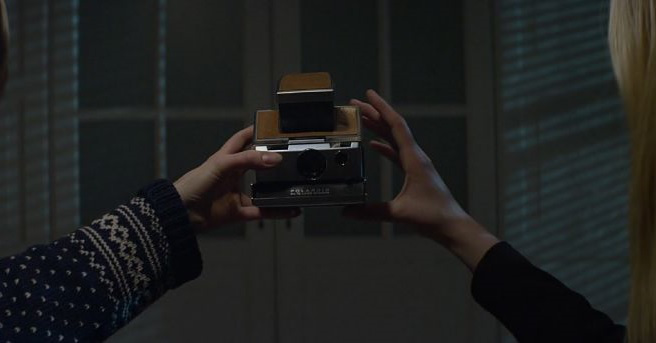 Is Lars Klevberg’s Polaroid about to become the next Amityville: Awakening? According to Variety, Polaroid has yet again been moved off of its re-scheduled release date, the fourth time that the film has been jockeyed around in the last five months, with no date of release in sight.

While the unknown status of the film has been attributed to the on-going scandal at Dimension’s parent company, The Weinstein Company, the roots of this uncertainty go back much further.

The film was originally scheduled for a release on August 25th, 2017 (as detailed in out HNN 2017 Summer Movie Preview), but Polaroid was soon moved to early December.  In the early fall, the film was moved to November 22nd, seemingly to avoid Guillermo de Toro’s The Shape of Water and the film that every rival studio wants to move away from, The Last Jedi.

Further details about the history of the film have been revealed (since all eyes continue to be on TWC) and it is reported that “At the 2016 American Film Market, Klevberg and Lee made a presentation to buyers and touted the fright factor for Polaroid. Lee, who helped develop The Ring and The Grudge franchises, asserted that Polaroid would be a franchise starter. Weinstein’s brother Bob Weinstein, founder and head of Dimension, said at the same event that Dimension would focus on fewer films with bigger budgets in order to create franchises.”

I would not be surprised to see Polaroid resurface in the winter months of 2018, since many horror films picked up considerable business in the same frame in 2017.  If it does not, we may be in for another “waiting game” ala Amityville: The Awakening, whose story finally ended with a whopping $742 box office total on ten screens.

Stay tuned to Horror News Network for further developments on Polaroid and all other upcoming horror releases.