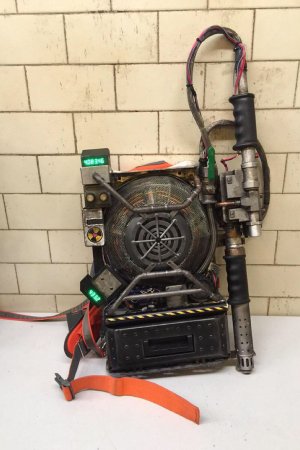 Photos of Proton Packs From Set of “Ghostbusters’ Reboot Revealed

Paul Feig, director of the upcoming ‘Ghostbusters’ reboot, tweeted photos of the new proton packs from the set of the upcoming Sony film.  The reboot is currently filming, and stars an all-female Ghostbusting team that includes Kristen Wiig (Bridesmaids), SNL’s Kate McKinnon and Leslie Jones, along with Melissa McCarthy (Spy).  Chris Hemsworth (Thor) co-stars as the Ghostbuster’s secretary. Katie Dippold (The Heat) and Feig co-wrote the script, which is based on Ramis’and Aykroyd’s original characters.

You can view the photo of the new proton pack below. To see all of Feig’s tweets and photos, see his official Twitter account.