Horror News Network: Let’s begin by talking about the rejuvenated Superjoint, which played for the first time in years at Housecore Horror Film Festival, which then led you back in the studio with Jose Gonzalez on drums now and Stephen Taylor on bass. Given the high expectations, Caught Up in the Gears of Application has been very well received by fans and you’re planning a tour. How does that feel for you to revisit Superjoint  which wasn’t even a thought a few years back, it just sort of happened organically?

Phil Anselmo: No, it wasn’t at all.  It was basically Corey Mitchell pushing for it, so we jammed and it was fun, it was cool.  We wrote some new songs and put them out and it’s been great. I got a great group of guys around me, fucking awesome.  Just a bunch of dynamite dudes and easy to work with. 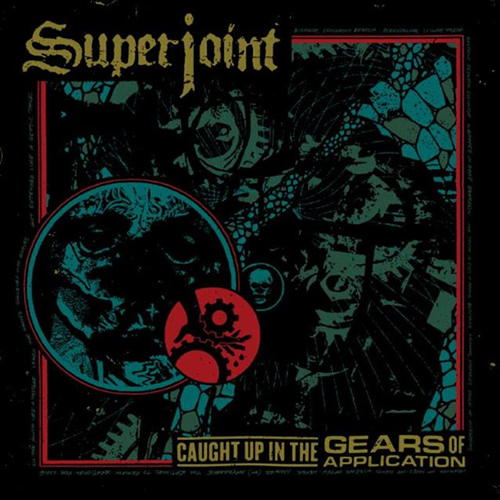 Horror News Network: I want to switch gears a little over to horror and Housecore Horror.  When we last spoke, I interviewed both you and Corey (Mitchell) who Co-Founded Housecore Horror Film Festival with you, and who passed a couple years ago. One thing I vividly remember is that you two were not just business partners, there was a definite bond.  Is there a plan for Housecore Horror to make a return 2017?

Phil Anselmo: I would say about 90% yes. We took a year off after Corey passed to just breathe and think about the direction of it.  There’s just so many horror films out there, you could watch them forever.

Horror News Network: You’ve recently completed tracks with one of the genres  most beloved legends, Mr. Bill Moseley.  Can you talk a little bit about that?

Phil Anselmo: Bill and I met a while back in Los Angeles and became friends.  When he’d shoot movies nearby and he would come by the house. For years he would want to make music together and we finally got this small window of time so I finally said “let’s do this.”  Bill had a stack of lyrics as thick as small phone book. So, with the help of my engineer Steven “the Big Fella” Berrigen, we built these songs and each of them had their own little feel to them.  I mimicked musically what he had written lyrically. We get in the studio and come to find out, the dude has got an awesome voice. He’s got great pitch and great range! I had a couple of contributors come along, like Squizzy from King Parrot played bass. I think each song has its own unique vibe. This was all in a matter of three days and we got five songs.  I do want to do another record with Bill.  What you get is an EP because of the time span we had, but people who have heard the record really like the record.  Bill is a very talented man, not just as an actor, but he can really fucking sing. It was a blast!

Horror News Network: Housecore Horror celebrates both new, upcoming indie filmmakers, as well as classics. So, in your mind, as the viewer, what makes a great horror movie?

Phil Anselmo: Its similar to music.  You can have a basic outline, but there has to be some innovation and original thought in there that goes into it.  Right now, I have to give a lot of high praise to the Netflix show Black Mirror.  Everyone, including myself tends to compare it to Twilight Zone. Rod Sterling is one of my all-time favorites. If you can compare something to the Twilight Zone as a compliment, that’s definitely a major compliment.  I think Rod is giving it two thumbs up from the grave.

Horror News Network: What, if anything, scares Phil Anselmo?

Phil Anselmo: Honestly, war.  I was raised in the French Quarter in the late 60’s and early 70’ when the Vietnam war was coming to a halt.  There was a fear of war sort of instilled in in me. I wasn’t even allowed GI Joes in the house. To this day, I guess I do not like war, civil unrest, I don’t like ugliness in the streets no matter where I am on this planet.  I don’t like the idea of a bunch of people being shipped off to another country with the aim of murdering and possibly being murdered…I find that horrifying.

Horror News Network: Thanks so much for your time Phil.  Whether you’re a metal fan or horror fan, 2017 will be a year Phil Anselmo serves up all you could ask for. Be on the lookout for Superjoint hitting the road in 2017! 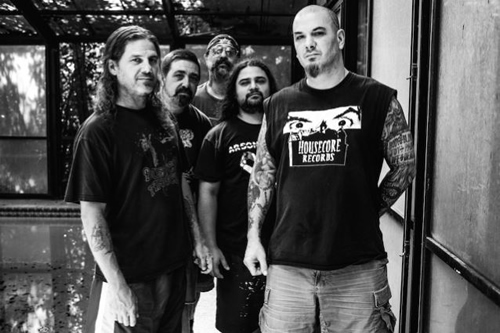