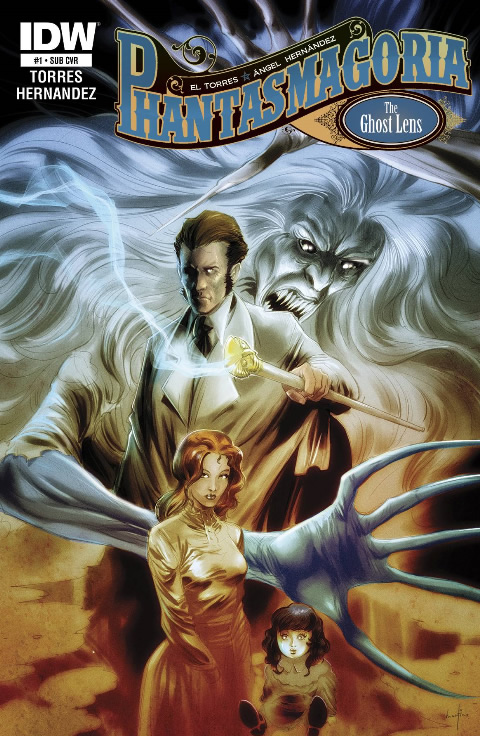 Synopsis: A new series involving a mass murder in Victorian London, an otherworldly haunting, and the Professor Hawke-the only one who knows about the…Phantasmagoria.

Our Thoughts: Whenever El Torres is writing a horror series I have to get my hands on it. The writer has flourished in the horror realm with series such as Suicide Forest, Roman Ritual, The Veil, and many more. His new book, Phantasmagoria hits shelves in May of 2015. We received an early look at the title and here are our thoughts.

Thanks to El Torres, the debut issue of Phantasmagoria features everything a horror fan could ever want – blood and guts, scares, and a good story. The character building is a true solid point of the initial issue as well. Professor Hawke is the lead character in the story and we quickly learn that things in Victorian London are not quite what they seem.

Artist, Angel Hernandez does a masterful job on this debut issue. The characters and backgrounds are perfectly set in the era in which the story takes place. The quality of art and attention to detail makes what’s inside the book practically jump off the page.

Overall, Phantasmagoria delivered everything we expected it to. The ending of the first issue will have you eagerly awaiting the second issue. Be sure to pick up this title when it becomes available in May!