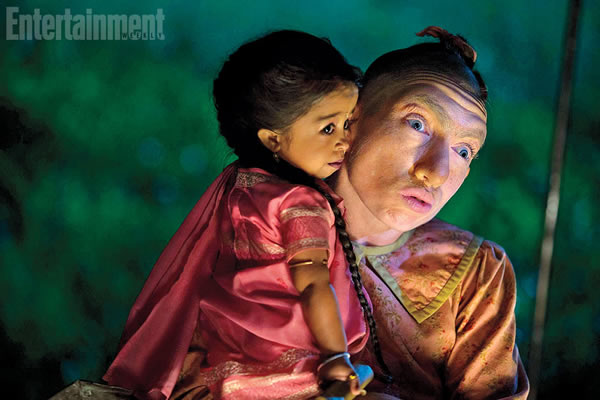 “She is in this season,” confirms co-creator Ryan Murphy.

Pepper is one of the members of the titular group of entertainers, managed by Elsa Mars (Jessica Lange). Explains Murphy, “What Elsa has done for 20 years is she goes around to hospitals and jails and rescues these ‘freak’ circus performers who are going to be shipped away to asylums and she signs the waivers and she becomes their guardians.” This season of AHS takes place in 1952, a good 12 years before the events of Asylum. So Freak Show, according to Murphy,  “is sort of like what happened to Pepper before she went to the asylum.”

Naomi Grossman recently appeared at CT HorrorFest on August 23rd. Did she do a good job at hiding the fact she is in Freak Show? Was she wearing a wig the entire time she was at the event? Watch the video below and decide for yourself.