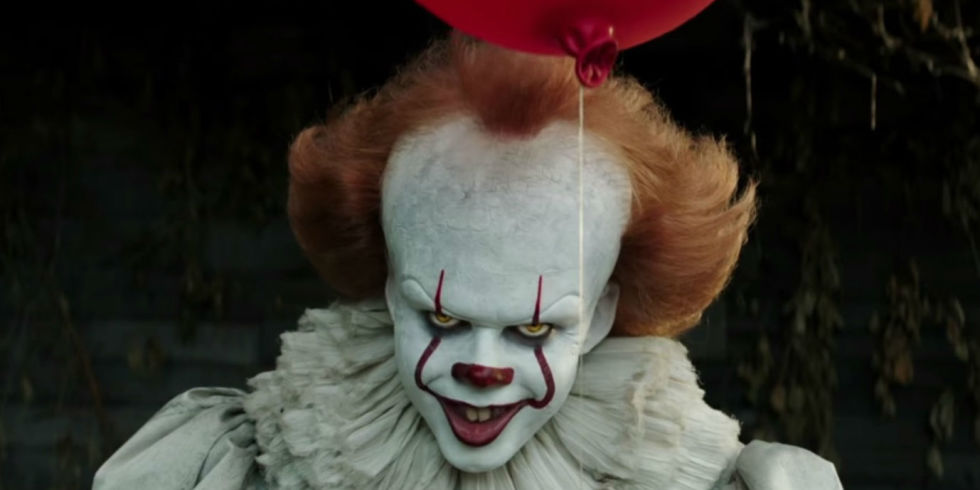 Pennywise Returns in New Set Photo from ‘IT Chapter 2’

Just in from Twitter, a new photo from the currently filming IT: Chapter 2 has posted online of Pennywise, the returning villain played by Bill Skarsgård.

The new photo feature the dancing clown menacingly smiling while sitting on top of Derry, Maine’s Paul Bunyan statue that was featured in the original novel.

The young cast of IT, Finn Wolfhard (Stranger Things) as young Richie, Jeremy Ray Taylor as young Ben, Jack Dylan Grazer (Shazam!) as young Eddie, Chosen Jacobs (Castle Rock) as young Mike and Wyatt Oleff (Guardians of the Galaxy) as young Stan will all be returning for the sequel.

IT debuted in September of 2017 to a record-breaking $123.1 million opening weekend, the highest ever for a September release, a fall release and a horror movie. Finishing only $9 million behind Deadpool for the second-highest opening for an R-rated movie, the film earned over $700 million at the worldwide box office earning it the title as the highest-grossing horror movie of all time.

Chapter 2 is written for the screen by Gary Dauberman adapted from the book by Stephen King and is directed once again by Andy Muschietti.