Stephen King understands that better than most, and his demon clown creation Pennywise from the 1986 classic novel It has been made into a startling collectible by Hot Toys. Check out the 1/6-scale figure in the photos and on the unboxing video from distributor Sideshow Collectibles, courtesy of collider.com, on this page.

This Pennywise figure–inspired by Bill Skarsgard’s portrayal of the sinister entity in 2019’s It Chapter Two–is available for preorder at $267, and is expected to start shipping shortly.

The collectible features two head sculpts (one smiling, the other revealing rows of pointed teeth), the signature grey-and-white outfit with ruffle details and 11 interchangeable hands in white gloves (including a balloon-holding right hand).

The figure’s accessories include the infamous red balloon, a Pennywise jack-in-the-box, a sculpted paper boat, a skateboard, a severed arm and a specially designed sewer grate figure base with a translucent water effect.

It Chapter Two–directed by Andy Muschietti from a screenplay by Gary Dauberman–is set 27 years after the events in 2017’s It and centers on the Losers Club reuniting to destroy It once and for all.

The sequel–starring Jessica Chastain, James McAvoy, Bill Hader and Skarsgard as Pennywise–received mixed reviews from critics, but grossed more than $473 million worldwide on a budget of $79 million. 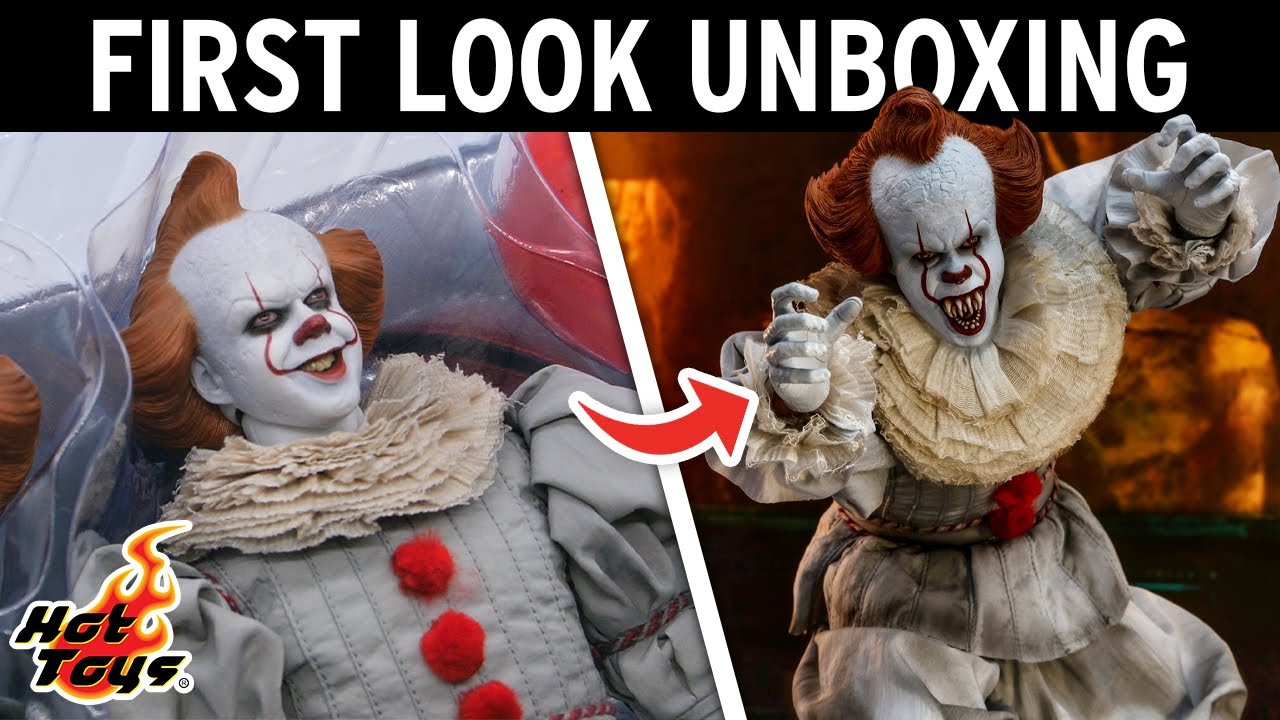 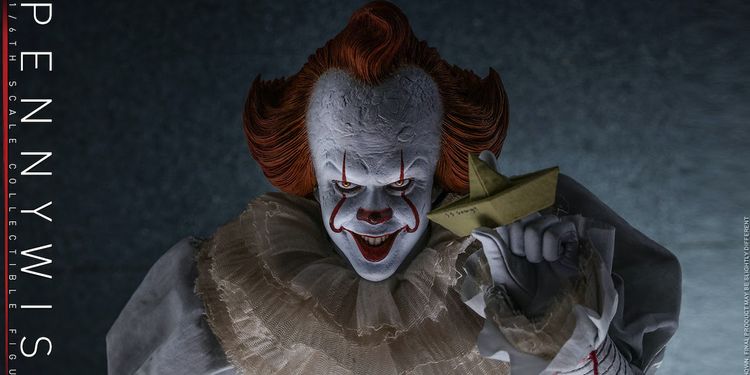 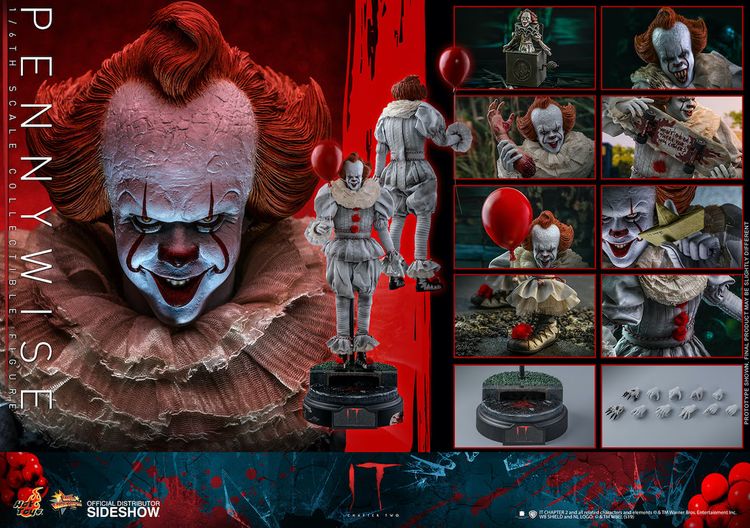 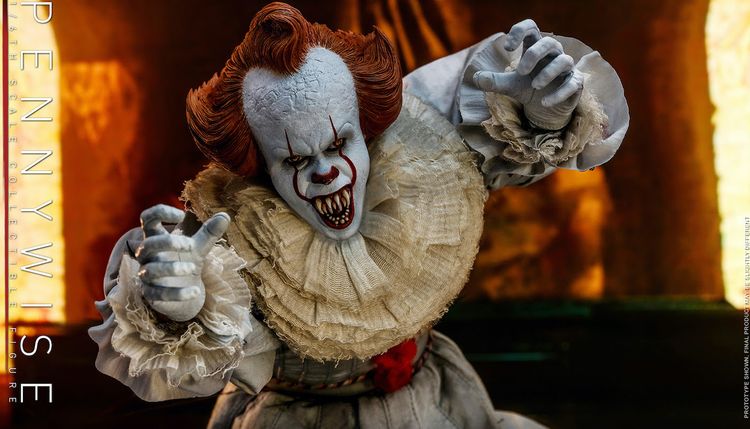 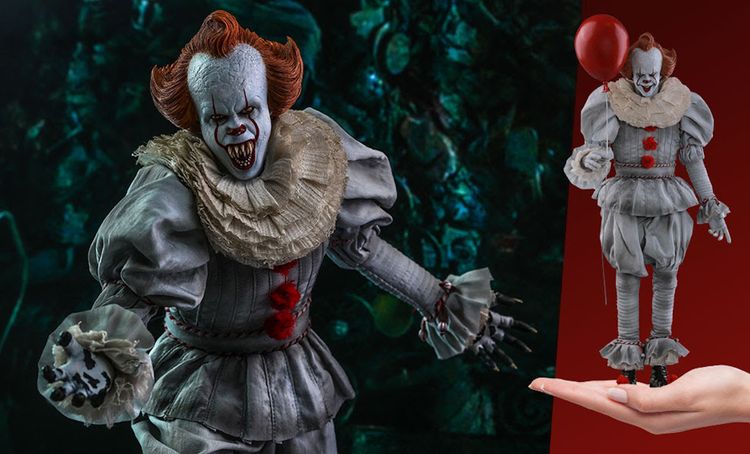