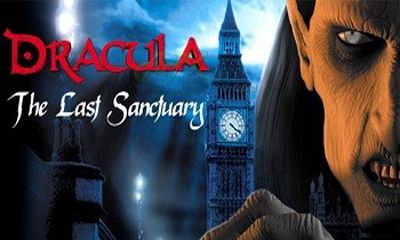 PC And MAC Versions of ‘Dracula’ 1-3 Available On Steam

For almost fifteen years, the adventure game saga “Dracula” has thrilled players with its faithful adaptation of the legend offering skillful storylines and well balanced enigmas. Now, in partnership with Meridian 4, Microïds is giving a new lease of life to one of the most important and most appreciated trilogies in its catalogue on the download platform Steam.

“Following in the footsteps of the “Syberia”, “Still Life” and “Return to Mysterious Island” series, it is a great pleasure to see one of the most charismatic characters ever join our label on the largest PC and Mac online video game retail platform”, explains Elliot GRASSIANO, VP Business Unit, Microïds.

A series with a terrifying success!

In “Dracula”, players take on the role of the game’s main character in a 360° first-person point ’n click. During the adventure, they have to solve puzzles and progress through mysterious and frightening environments. To get to the root of the mysteries surrounding him, players have to collect and use objects at the right place and dialogue with a range of unusual characters.

The first title of the series is based on Bram Stoker’s famous novel. Seven years after destroying the Prince of Darkness, Jonathan Harker has to save again his fiancée from Dracula’s clutches. Indeed, she has received a mysterious call and decided to leave London for the count’s castle in Transylvania. The adventure is about to start…

Players continue the story where it stopped in “Dracula: The Resurrection”. After escaping from the vampire’s castle, Jonathan Harker runs away with his fiancée. But Mina seems to have caught a strange disease. Once again, Harker will have to confront Dracula, who has taken refuge in London.

Based on historical facts, the plot of the third episode takes place during the First World War, players embody Father Arno Moriani, sent by the Vatican to investigate on a woman doctor’s death, who is likely to be canonized. During his adventure, Father Moriani is confronted with the vampire legend and has to lift the veil on supernatural events he comes across. Of course, the Prince of Darkness is never far away…

“Dracula: The Resurrection”, “Dracula 2: The Last Sanctuary” and “Dracula 3: The Path of the Dragon” have been available for sale as a pack or separately on the Steam download platform since April 18 2014 with an exceptional discount of 33% valid until April 23 2014.