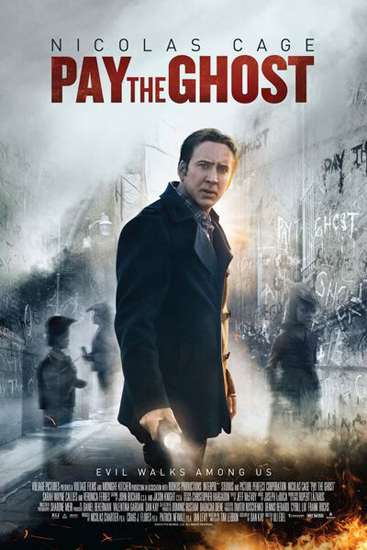 RLJ Entertainment will be releasing PAY THE GHOST on September 25th in Theaters, VOD and iTunes.    The film stars Nicolas Cage, Sarah Wayne Callies and was directed by Uli Edel.

SYNOPSIS:  Oscar® winner Nicolas Cage (Leaving Las Vegas) stars in this intense and chilling thriller about one man’s desperate search for his missing child. One year after his young son disappeared during a Halloween carnival, Mike Lawford (Cage) is haunted by eerie images and terrifying messages he can’t explain. Together with his estranged wife (Sarah Wayne Callies, The Walking Dead), he will stop at nothing to unravel the mystery and find their son—and, in doing so, he unearths a legend that refuses to remain buried in the past.