With the seventh installment of Paranormal Activity on the way, we caught up with series creator, Oren Peli, to talk about what inspired the film and his thoughts on the franchise.

On speaking about how the idea for Paranormal Activity came about, Peli said , “I moved into a house in San Diego, up to that point in my life I had always lived in apartment buildings, so this was my first time living in a detached house. When living in an apartment building you always hear your neighbors, but when you live in a house in suburbia it’s really, really quiet; you become aware of any noise in the night. The house would creek and make several noises from the wood expanding and contracting due to temperature changes. There were also some other weird noises we heard, sometimes things would fall inside the house in the middle of the night.”

“I thought how freaky it would be if you were watching footage of yourself sleeping and you saw the tiniest evidence of something unusual. Like the door moving or something else moving in the house indicating that there is some invisible thing wandering around when you were asleep.”

“For the callback auditions, we brought Katie (Featherston) and Micah (Sloat) into a room and interviewed them as a couple,” he said. “Without any preparation, they went into it. When I was watching the footage later, I thought these guys are amazing; this could actually work.”

On Thursday, April 8 at 9:30 EST, Lemonade.TV Plus will show the original Paranormal Activity (with its alternate ending) in SoundFi – hosted by Oren Peli along with special guests. You can learn more about the event here: https://www.lemonade.tv/plus

Here are the auditions for Paranormal Activity which was posted by Oren Peli on his YouTube channel. 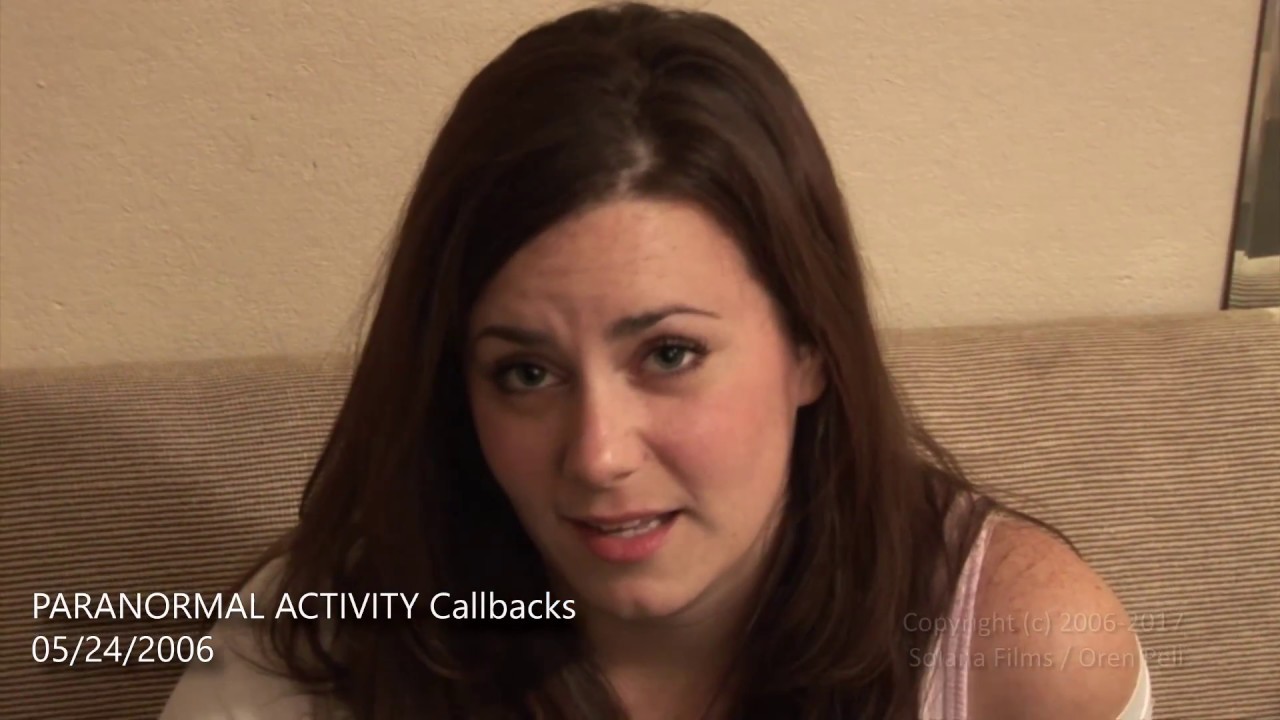